Xi Jinping Says Imports Will Grow Over the Next Decade 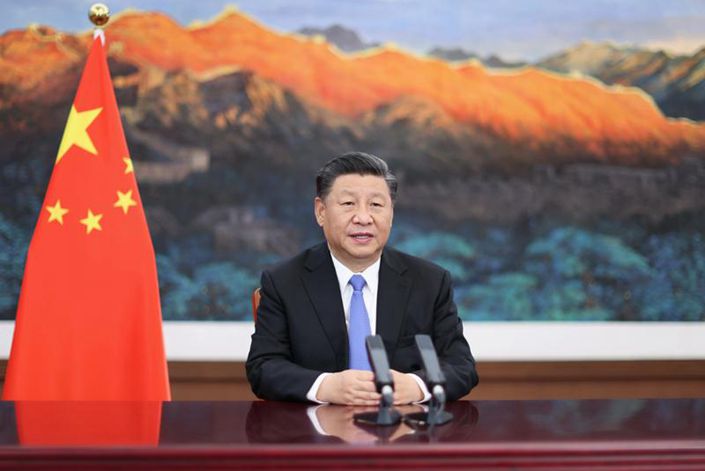 President Xi Jinping said he expects imports to grow over the next decade and pledged to further open the country’s markets, even as the goal of nurturing domestic supply chains plays an increasingly large role in policymaking.

Goods imports will likely exceed $22 trillion over the next 10 years, Xi said Wednesday in a video keynote speech played at the opening ceremony of the third China International Import Expo (CIIE) in Shanghai. “With a population of 1.4 billion and a middle-income group of more than 400 million, China is the world’s most promising large market,” he said.

In China, a typical middle-income household would be a three-member family with an annual income between 100,000 yuan ($15,080) and 500,000 yuan, according to (link in Chinese) the National Bureau of Statistics.

Xi’s expectation equates to an annual $2.2 trillion in imports, higher than his 2018 estimate of an annual $2 trillion for the following 15 years.

The latest forecast implies that the total value of China’s goods imports would grow at least 20.9% over the next 10 years compared with 2010 to 2019.

Xi’s remarks echo policymakers’ insistence that China will not close itself off from the rest of the world as it implements its recently touted “dual circulation” strategy, which some analysts say will emphasize the domestic market’s role in growth and boosting domestic supply chains, especially in high-tech. The strategy is a core component of the 14th Five-Year Plan, which lays out goals for China’s economic and social development from 2021 to 2025.

The pace of China’s opening-up has accelerated this year despite the impact of the Covid-19 pandemic, Xi said. The president also said that “dual circulation” is definitely not a closed domestic cycle, but an open domestic and international dual-cycle.

China will cut short the list of technologies that are either restricted or banned from being imported, he said. The country launched the list in the early 2000s.

China’s imports have been on a downward trend for almost two years amid headwinds including sluggish domestic demand, the U.S.-China trade war and the pandemic. In dollar terms, goods imports dropped 2.7% (link in Chinese) in 2019 and 3.1% year-on-year in the first three quarters this year. However, imports rebounded sharply in September, rising 13.2% year-on-year.

Exports performed better than imports this year, decreasing only 0.8% year-on-year in the first three quarters despite a 13.3% plunge in the first three months when large swaths of the economy were shut down to control the coronavirus outbreak. Some economists attributed the quick recovery partly to shipments of products related to the pandemic, such as medical goods.