By Tang Ziyi and Shan Yuxiao 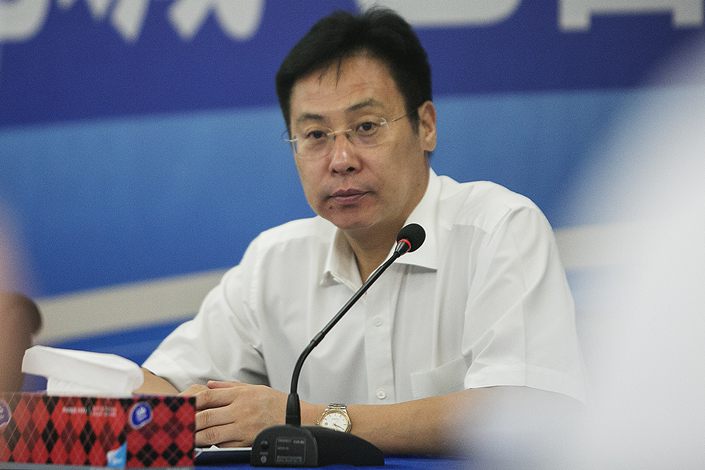 A former chairman of Hengfeng Bank Co. Ltd. received a suspended death sentence Friday from a court in Shandong, in the latest development in a three-year clean-up of the troubled bank.

Cai Guohua, 55, was sentenced to death with a two-year reprieve after being convicted of abuse of power, corruption, embezzlement, bribery and illegal loan issuance, according to a statement (link in Chinese) released by a court in the eastern province of Shandong, where Hengfeng is based.

He will not be eligible for parole or a sentence reduction after the death penalty is reduced to life imprisonment in two years, the statement said. All his property will be confiscated.

Cai said in court that he did not accept the judgment and would appeal to the high court in Shandong, Cai’s family and defense lawyer told Caixin.

China’s top banking regulator once described Hengfeng as a “typical example of unsound corporate governance.” Hengfeng, one of China’s 12 national joint-stock commercial banks, ran into trouble in 2016 when several news publications reported that an unnamed whistleblower accused the banks’ top executives including Cai of misappropriating millions of yuan.

Hengfeng was among several lenders that showed up on regulators’ radar amid a broad campaign to curb financial risks in the banking sector. In August 2019, Hengfeng received official approval for a restructuring plan led by the Shandong provincial government to rescue the bank from the verge of collapse, following the takeover of Inner Mongolia-based Baoshang Bank Co. Ltd. and the rescue of Liaoning-based Bank of Jinzhou Co. Ltd.

According to the Friday statement, Cai abused his power and was responsible for over 890 million yuan ($135 million) of economic losses by Hengfeng during 2014 and 2016.

Authorities also found him guilty of other offenses including: embezzling around 10.2 million yuan of the bank’s property from 2014 to 2017; transferring 4.8 billion yuan of Hengfeng funds to his own company without the permission of the bank in 2015 and 2016; demanding and accepting a total of 1.2 billion yuan in bribes between 2006 and 2017; and lending 3.5 billion yuan to unqualified projects in 2017, triggering huge losses.

Cai was placed under investigation in November 2017. His predecessor Jiang Xiyun was also sentenced to death with a two-year reprieve in December for receiving bribes and for illegal accounting practices.