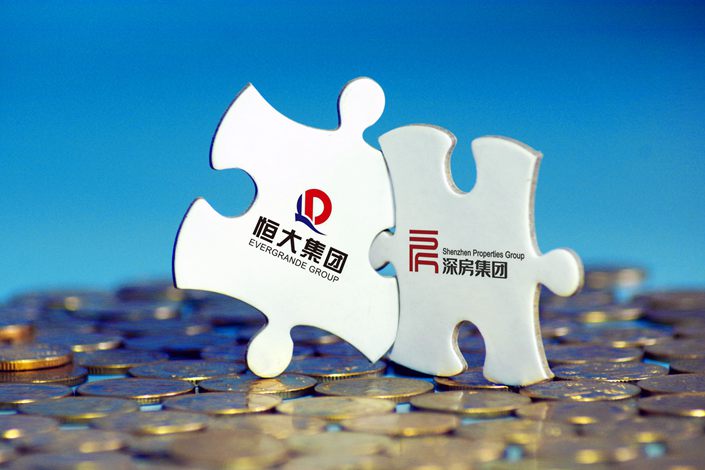 Evergrande’s mounting debt issues came into the spotlight when it was one of the 12 top developers that regulators summoned to a meeting in late August. Photo: IC Photo

Debt-ridden property giant China Evergrande Group has decided to end plans for a backdoor listing on the Chinese mainland, after more investors agreed not to enforce a commitment the company made to pay them billions of dollars if it didn’t list.

Under a plan to boost its valuation that was four years in the making, Evergrande aimed to complete the so-called backdoor listing in Shenzhen by injecting almost all of the property assets held by its unit Hengda Real Estate Group Co. Ltd. into a shell company — in this case Shenzhen Special Economic Zone Real Estate.

As part of an agreement it struck with its investors, Evergrande promised to buy back the total 130 billion yuan of stakes in Hengda Real Estate held by these entities — including over 20 financial institutions, local state-owned enterprises and several companies involved in Evergrande’s supply chain — if it didn’t secure regulatory approval for a backdoor listing by Jan. 31, 2021.

The collapse of the backdoor listing plan reflects the authorities’ efforts to curb risks emerging from the rapid expansion of real estate firms, making it more difficult for the property giant to handle its debt problems, especially after regulators in late August introduced a “three red lines” policy that would restrict its financing.

At the end of June, Evergrande had 835.5 billion yuan ($126.4 billion) in borrowings — with about 47.4% maturing before June next year — up from nearly 800 billion yuan at the end of last year, its interim report showed.

However, the company has been given some breathing room, as many of the investors have agreed not to request Evergrande buy back the stakes involved in the deal, at least for now.

Evergrande will buy back the stakes from investors holding 3 billion yuan of Hengda Real Estate equity, according to the filing.

Evergrande’s mounting debt issues came into the spotlight when it was one of the 12 top developers that regulators summoned to a meeting in late August, notifying them of a pilot program aimed at limiting real estate companies’ ability to take on more debt.

Evergrande will disclose more details of the supplementary and repurchase agreements at a later date, it said in the Sunday filing.