By Cao Wenjiao and Timmy Shen 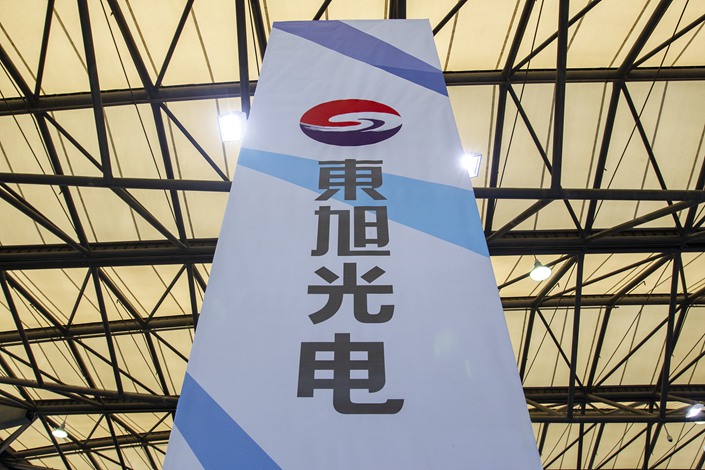 Tunghsu Optoelectronic said in its 2020 interim report that its defaults had damaged its credit, which had in turn hurt its business.

A Chinese manufacturer of display panels has failed to pay 66 million yuan ($10 million) in interest on two bonds as China’s market-rattling string of corporate defaults continues.

Shenzhen-listed Tunghsu Optoelectronic Technology. Co. Ltd., said that “tight liquidity” means it couldn’t come up with the cash to make the interest payments due Tuesday on a 2.2 billion yuan medium-term note and another 800 million yuan note, the company said in a Tuesday filing (link in Chinese),

The company’s failure to make the interest payments is just the latest in a series of bond defaults in China, an issue that has caught the attention of the country’s top economic planner. Recent repayment failures by a coal mining company, a top Chinese chipmaker and a major car manufacturer highlight the risk of rising defaults in the country’s corporate bond market.

Tunghsu Optoelectronic said in the filing that it is taking measures to improve its ability to pay back debt and is in talks with creditors to ensure their rights are protected. The company did not elaborate on the causes of its liquidity problems.

Tuesday was not the first time that Tunghsu Optoelectronic missed a debt payment. Its first bond defaults (link in Chinese) occurred in November 2019, when it failed to pay more than 2 billion yuan of principal and interest on the same two notes, just weeks after it reported having more than 18 billion yuan in cash.

In August, Tunghsu Optoelectronic explained that in November 2019, it planned to make the payment by withdrawing money from a finance company that it jointly set up with its controlling shareholder, Tunghsu Group Co. Ltd. However, the withdrawal failed because the finance company was struggling with its own liquidity problems.

Tunghsu Optoelectronic said in its 2020 interim report (link in Chinese) that its defaults had damaged its credit, which had in turn hurt its business. In the first three quarters of this year, Tunghsu Optoelectronic reported its revenue plunged 63.5% year-on-year to 4.6 billion yuan. It booked a net loss of 1.2 billion yuan, compared with a net profit of 1.1 billion yuan in the same period last year, according to the company’s third-quarter report (link in Chinese).

On Monday, the People’s Bank of China pumped a net 200 billion yuan of liquidity into the money market through its medium-term lending facility, helping to relieve some of the anxiety that’s gripped investors after the recent bond defaults.

State-owned Yongcheng Coal and Electricity Holding Group Co. Ltd. last week defaulted on a 1 billion yuan ultra-short-term bond, setting off a chain reaction that spread to other coal miners and local government financing vehicles in other provinces. It is seeking extensions for repayment of the debt as well as several other bonds, knowledgeable sources told Caixin.

Tsinghua Unigroup Co. Ltd., a major government-backed player in China’s national push for self-reliance in semiconductors, also on Monday defaulted on a 1.3 billion yuan bond after it failed to win approval from creditors for an extension.