By Gavin Cross and Guo Yingzhe 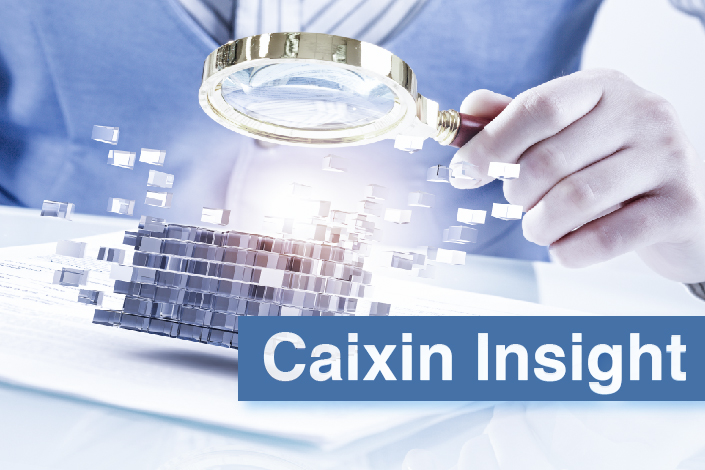 The People’s Bank of China on Nov. 17 launched a new publication, the first edition (link in Chinese) of which was written by Governor Yi Gang, “On China’s Financial Asset Structure and Policy Implications.”

While the piece is ostensibly about the structure of financial assets, it is really about risk: who bears it, and how to disperse, manage and allocate it. And despite being about as dry as you might expect a central bank research publication to be (he doesn’t explicitly comment on the recent bond defaults, as much as I wish he would have), Yi makes some surprisingly direct commentary on a number of important points.

Summarizing development over the last 10 years or so, Yi wrote that while risks should be shared in a market economy, “For more than a decade since the international financial crisis, the risks of China’s financial assets have been concentrated in the banking sector and in debt financing,” and that “a significant proportion of the risks that are clearly concentrated in the banks will ultimately be borne by the government.”

This is not good: Yi effectively concludes that China’s financial structure has deteriorated rather than improved over the last decade. The ratio of bank loans to GDP rose 76.2 percentage points from 2007 to 2018, despite barely moving at all over the previous ten years when the economy was growing at a similar or faster rate, whereas the ratio of equity assets, including equities and bonds, to GDP fell by 31.4% in 2018 compared with 2007.

And on a micro level, Yi pointed to implicitly guaranteed payments from wealth management products like those issued by trusts. “There are also some assets with different nominal and actual risk-takers, such as ... wealth management products, which were supposed to be “risk-bearing” but due to the existence of ‘rigid payments’ banks and other financial institutions actually bear the risk of investors.”

Basically, “financial assets are not held by those who assume the risks.”

Second: how did this happen?

Yi basically points to politics as the source of the problem, writing that it’s difficult to develop more direct financing because it “involves direct transactions between non-bank economic subjects, which places higher demands on the rule of law and credit environment.” Bank credit, on the other hand, is generally supported by the state, and customer deposits are generally guaranteed, so they have expanded more comfortably.

He also pointed out two other reasons:

- the macroeconomic environment, in which the banking system took a leading role in trying to offset economic pressure as China’s economic momentum weakened post-2008

- Yi notes that real estate accounts for 70% of household assets, and new real estate loans accounted for 41.5% of new yuan loans in 2017

Third: what to do about it?

Yi puts forward four solutions to the issue. This was perhaps the most uninspiring aspect of the publication, since most readers of this newsletter will have heard them before: stabilize macro leverage, continue reform and opening up, strengthen management of real estate finance, and manage risk.

But within those, there were a few key signals:

1. monetary policy is going to get tighter and remain that way for a while

3. regulation of real estate finance is only going to get stricter given its centrality to the economy and role in the financial sector

There has been a major wave in bond defaults and other scary bond news reported by Caixin over the last few weeks, including but not limited to:

- Tsinghua Unigroup, which failed to win creditor approval for a rollover of 1.3 billion yuan ($197 million) of bonds that came due Sunday

- Tunghsu Optoelectronic Technology. Co. Ltd., which couldn’t come up with the cash to make the interest payments due Tuesday on a 2.2 billion yuan medium-term note and another 800 million yuan note

- A number of other associated issues, including downgrade of bond ratings, potential forced restructurings of companies that defaulted previously, and more.

This has drawn a great deal of attention from investors and regulators alike, and the central bank moved earlier this week to reassure markets when it provided a net injection of 200 billion yuan to the interbank market using its medium-term lending facility.

Although risks from the bond defaults aren’t yet significant enough to affect the money markets, growing fear that other companies will be unable to repay their debts may bolster demand for “preventive liquidity” and that could disrupt markets further, said Hua Changchun, an economist at Guotai Junan Securities Co. Ltd.

The National Development and Reform Commission (NDRC) also addressed the issue in a press conference (link in Chinese) on Nov. 17.

NDRC spokesperson and deputy director of the Policy Research Office Meng Wei pointed out that there have not been any defaults of enterprise bonds but did say the NDRC would intensify its efforts to prevent and resolve financial risks.

(Note: the recent defaults have been corporate bonds traded in the interbank bond market, which is regulated by the central bank and the National Association of Financial Market Institutional Investors (NAFMII). The NDRC regulates enterprise bonds, almost exclusively issued by SOEs including local government financing vehicles (LGFVs).)

Meng said they would focus on three key aspects:

a. particularly by taking full advantage of local supervisors through project screening, risk assessment, supervision and inspection and other methods

a. establishing an early warning risk prevention and control system, and dealing with them as early as possible

i. paying close attention to interest payments for relevant bonds

ii. urging solutions to protect the legitimate rights and interests of investors

On the demand side, growth in consumption, investment and exports all accelerated. Retail sales rose 4.3% year-on-year in October, picking up from a pace of 3.3% growth in September, according to data (link in Chinese) from the National Bureau of Statistics (NBS) on Monday.

Fixed-asset investment grew 1.8% year-on-year (link in Chinese) in the first 10 months, accelerating from a 0.8% rise in the first three quarters and beating the median forecast of 1.6% growth in a Caixin survey of economists.

While weaker than anticipated, NBS spokesperson Fu Linghui attributed the consumption recovery to consumers’ greater willingness to go out and spend with China’s Covid-19 outbreak under control, recoveries in household income and the job market, as well as government stimulus policies.

On the supply side, value-added industrial output, which measures production by factories, mines and utilities, grew 6.9% year-on-year (link in Chinese) in October, the same pace as the previous month. The reading beat the median forecast in the Caixin survey for a 6.5% rise and remained the highest growth rate so far this year.

“Factories continue to benefit from strong foreign demand for Chinese goods,” economists at research firm Capital Economics Ltd. wrote in a note. In October, goods exports rose 11.4% year-on-year in dollar terms, the quickest expansion since March 2019, according to (link in Chinese) data from the General Administration of Customs.