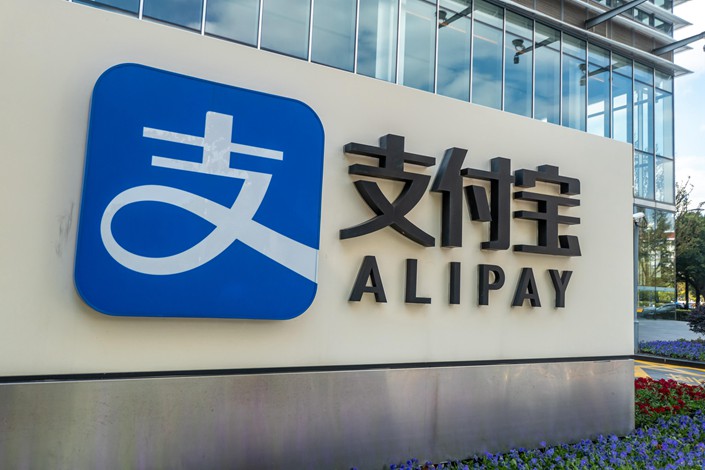 Fintech companies have come under storm of regulatory scrutiny since the abrupt suspension of Ant Group’s IPO on Nov. 3.

China’s biggest fintech companies have removed savings products linked to regional banks from their online platforms, amid heightened scrutiny from regulators concerned that the funds are being raised by unstable smaller lenders and could fuel financial risks.

The news follows confirmation Friday by Ant Group Co. Ltd., the country’s dominant online fintech platform, that it had halted the service on its Alipay mobile payment app in accordance with regulatory requirements. Some of the companies have said the move will not affect users who have already deposited funds via the products. JD Finance and Didi Finance said they are adjusting the business in an orderly manner.

China’s regulators have stepped up scrutiny of fintech companies this year, especially since Ant Group Co. Ltd.’s aborted IPO in early November, as the government continues with its campaign to contain risks in the financial sector. Online financial services have grown rapidly in recent years in large part due to regulatory arbitrage, as fintech groups have taken advantage of loopholes in the rules to sidestep some of the more stringent requirements that traditional financial institutions are subject to. The sector is now facing a crackdown as the potential risks from some online financial companies and products have become too big to ignore.

Smaller regional lenders are limited in where they can do business by regulations that only allow them to operate in the geographical area covered by their license. Fintech companies and their online platforms, which operate nationwide, have allowed the banks to skirt those limits. By partnering with fintech companies who have huge user bases nationwide, the banks can solicit fixed-term, high-yield deposits from savers anywhere in the country. The fintech companies charge the lenders a commission equivalent to about 0.3% of the amount deposited, industry insiders have told Caixin.

Big national banks do not have a shortage of cash for lending because they have tens of millions of depositors. They also have better creditworthiness and can raise funds in the interbank market by selling debt to other banks and financial institutions. But smaller regional banks are less fortunate – their depositor base is much smaller, they are seen as more risky and they don’t have the same access to the interbank market to raise wholesale funds.

Sun wrote that although the online products have helped ease the short-term liquidity crunch currently faced by some smaller banks, the deposits can be withdrawn at any time which creates challenges for the lenders’ risk management. The ability of some of the more risky smaller banks to withstand risks has been weakened and that could pose a threat to the stability of the financial markets should any problems occur, Sun said.

He warned that the products, which allow regional lenders to attract deposits nationwide, violate regulations that only permit banks to operate businesses in their home market. He told a forum earlier in December that the operation of online deposit products is not licensed and constitutes an illegal financial activity.

Fintech companies have come under storm of regulatory scrutiny since the abrupt suspension of Ant Group’s IPO on Nov. 3 which sent shockwaves through the fintech industry. Markets and analysts have speculated that the listing was pulled after its founder Jack Ma launched a scathing attack on the country’s watchdogs in a speech on Oct. 24. But regulators put their decision down to growing concern over the company’s highly leveraged online lending business and over the increasing risks in the fintech sector. Since the IPO was scrapped, China’s financial authorities have issued a string of announcements and rules to curb the power of the online giants and tighten oversight.

The pressure on fintech groups is likely to intensify in 2021 after the Politburo, the Communist Party’s top decision-making body, vowed at a Dec. 11 meeting to strengthen anti-monopoly efforts next year and rein in what it called “disorderly capital expansion.”