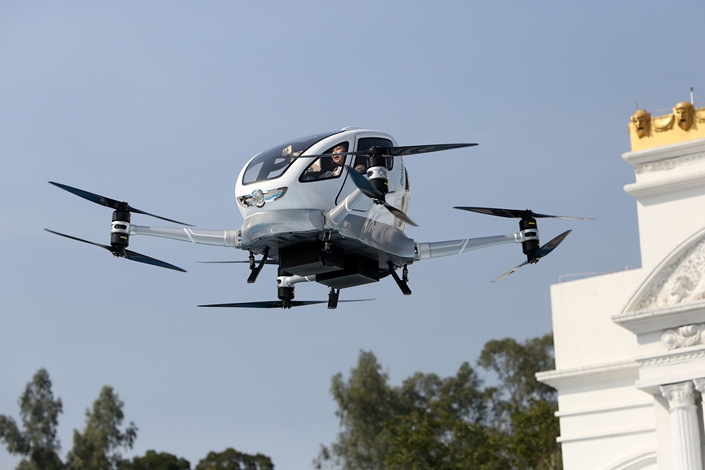 EHang will launch a sightseeing business using its signature self-flying vehicles in the scenic South China city of Zhaoqing, in the latest step to commercialize its autonomous aerial vehicles for tourism use.

The service, which has been approved by the Chinese air force, will be operated on a roughly 1 kilometer (0.6 miles) route using two self-flying vehicles, the company’s chief strategy officer Xu Huaxiang said.

The Zhaoqing launch is part of EHang’s broader plans to develop its urban air mobility services to ease ground traffic congestion. It comes as the Chinese government has pledged to accelerate its formulation of standards and regulations for the nascent but potentially lucrative industry.

Some industry experts have said that flying carmakers should prioritize noise reduction in their plans, as the problem directly affects public perception of such “air taxis.”

Earlier this year, EHang unveiled plans to build an “e-port” in Hezhou in South China’s Guangxi Zhuang autonomous region, which will also enable takeoffs and landings for sightseeing trips using its vehicles. The facility’s construction is scheduled for completion by the end of this year.

Apart from pioneering the use of flying cars for sightseeing tours in China, EHang has also started a trial program to explore using its autonomous aerial vehicles for heavy-lift air logistics.