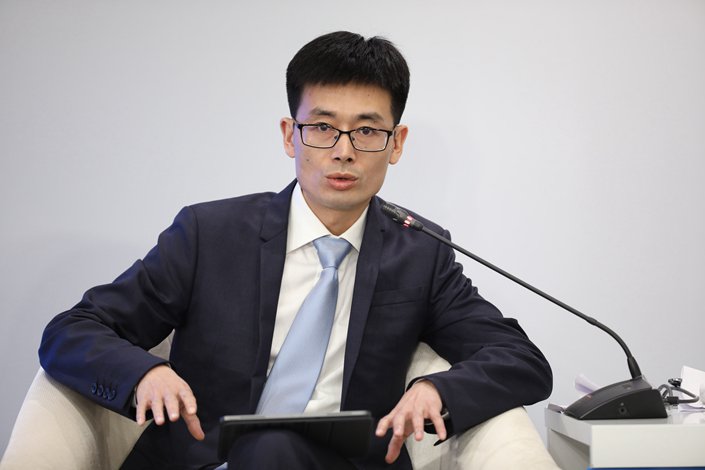 E-commerce giant JD.com Inc.’s fintech unit has embarked on a surprise executive reshuffle ahead of its planned $3.1 billion Shanghai listing, which has come under the shadow of Ant Group’s derailed IPO last month.

Chen Shengqiang, CEO of Jingdong Digits Technology Holding Co. Ltd., or JD Digits, has been asked to step down and take the post of vice chairman of JD Digits, making room for JD.com’s Chief Compliance Officer Li Yayun to take over as JD Digits’ top executive, according to a statement released Monday.

“The IPO of Ant Group failed when it was just one step away from listing. JD Digits, which is still waiting to list, will be greatly affected,” an investment banker previously told Caixin. Tightening regulations will impact regulatory reviews for these fintech companies’ IPOs and their valuations, the banker said.

Online microlending has been the major driver of the fintech firm’s revenue growth over the past few years. And because some fintech companies have grown too big to ignore, regulators have stepped up scrutiny to head off systemic risks.

On Nov. 2, China issued draft rules that stipulate stricter requirements for online microlenders, some of which are operated by fintech giants like JD Digits and Ant Group.

JD Digits’ proposed personnel changes will be submitted to its board for approval. Once they are made, Li will be in charge of the company’s daily operations and will report to Richard Liu, the founder and CEO of JD.com.

Chen, a former Chief Financial Officer of JD.com, was appointed CEO of JD Finance in 2013 when the new financial arm was set up. In November 2018, Chen led the team that transformed JD Finance to JD Digits. Chen is now a legal representative of JD Digits.

Li joined JD.com in December 2007, and has worked as a deputy head of the compliance department and as head of the legal team. When JD.com was preparing for its U.S. listing, Li helped the company set up an effective compliance and internal control mechanism.

JD Digits filed an application (link in Chinese) to list on Shanghai’s STAR Market in September, aiming to raise about 20.4 billion yuan ($3.1 billion). However, there’s no indication of when it will get the green light from the Shanghai bourse and China’s securities regulator, with one investment banker telling Caixin that there are “huge uncertainties” surrounding the IPO.

The leadership reshuffle also came as JD Digits faced a public backlash over an ill-timed ad seen as mocking migrant workers and encouraging them to borrow vast sums, just as Chinese fintech firms are in the spotlight for targeting the vulnerable. The firm apologized and pledged to punish those responsible.