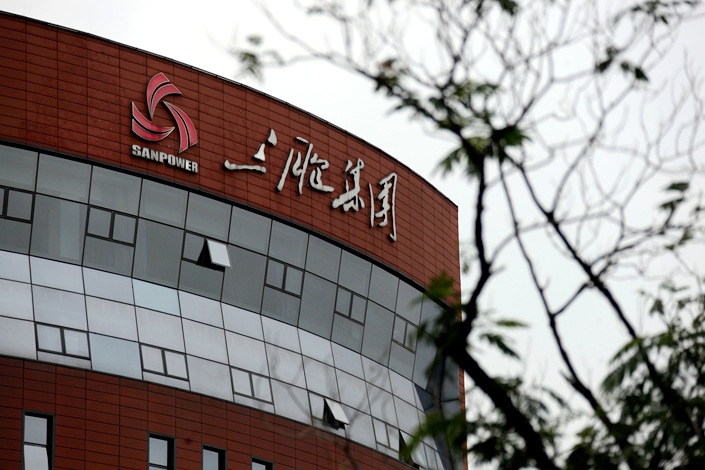 Sanpower has handed over the plan’s final version to creditors for a final vote scheduled for Jan. 31, multiple sources close to the matter told Caixin.

The troubled Chinese conglomerate noted for its purchase of storied British department store chain House of Fraser has finalized its debt restructuring plan, moving it a step closer to getting out from a nearly $10 billion hole, several of the company’s creditors told Caixin.

Sanpower Group Co. Ltd., based in the eastern city of Nanjing, agreed Tuesday to a tweaked version of its initial restructuring plan that will give it 8 billion yuan ($1.2 billion) from one of the country’s asset disposal specialists to repay a portion of its debts. The money will come from state-owned China Huarong Asset Management Co. Ltd., rather than China Cinda Asset Management Co. Ltd., which offered about 10 billion yuan in the original plan, the creditors said.

The bailout, which was backed by the local government of Nanjing, East China’s Jiangsu province, is the key to Sanpower’s debt restructuring, the company said in a press release (link in Chinese).

Read more
Conglomerate Sanpower Has a Plan to Deal With $9.3 Billion in Debt

Sanpower, which dabbled in businesses ranging from property to retail and pharmaceuticals, ran into trouble in 2018 after loading up on debt to finance an aggressive expansion, including the purchase of House of Fraser Group Ltd.

As of the end of March, Sanpower had 65.1 billion yuan of interest-bearing debt owed to more than 130 financial institutions, according to its initial debt restructuring plan released around July.

The new plan will not force creditors to take a haircut on the principal, which Sanpower plans to repay over the next eight years at an annual interest rate of 2%, several creditors said. It is unclear how much less Sanpower is paying in interest under the deal.

Sanpower has handed over the plan’s final version to creditors for a final vote scheduled for Jan. 31, multiple sources close to the matter told Caixin.