Trending in China: Gilding the Lily or Ground-breaking Invention? E-RMB Lands in Shanghai 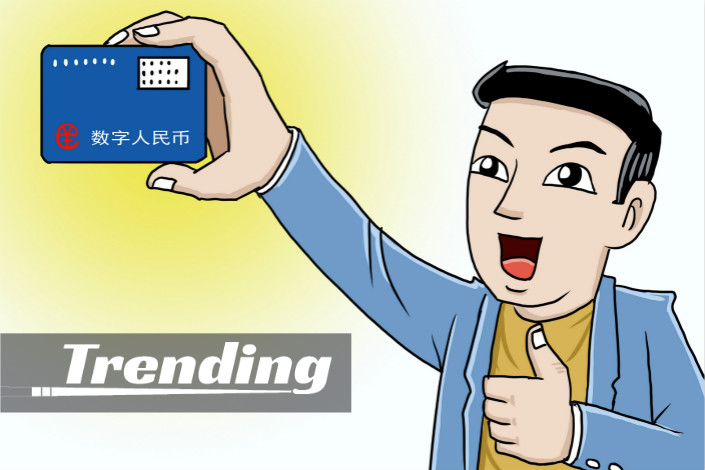 On Jan. 5, Shanghai became an experimental hub for the country’s e-RMB, making it the fifth city in China, after Shenzhen, Suzhou, Chengdu and Xiong’an, to pilot the digital currency. The hashtag #Shanghai-trials-e-RMB# has been viewed over 150 million times on Weibo.

Yu Yiming, a doctor working at a hospital in Shanghai, was the first person to use the Digital Currency Electronic Payment or e-RMB to buy a meal in the hospital canteen. Different from those in Shenzhen and Suzhou, the Shanghai e-RMB is not an app operated on the phone but a separate debit-card-like device. The card displays your transactions, balance and other information in the top right-hand corner. Officials said that the card design was an effective solution for people who wished to use the e-RMB but did not have access to a smartphone.

At the moment, the e-RMB in Shanghai is accepted only in a limited number of businesses but an increasing number of merchants are showing a willingness to participate in the trial. Dr. Yu’s hospital promised that it would expand usage of the e-RMB to parking and medical fees.

The People’s Bank of China, the country’s central bank, started to pilot the e-RMB last April. According to the central bank, the currency is pegged to China’s yuan, and one of its biggest advantages is that unlike

WeChat Pay and Alipay, transactions can be made offline.

Despite officials promoting the use of the e-RMB, enthusiasm is weak on social media. “Wow this so cool. I suggest a new name for it: a canteen card,” joked one Weibo user. Another popular comment read, “Basically I am using my debit card on another card.”

But others said they were all for the new payment method. “The e-RMB operates just like cash, meaning that merchants cannot refuse it. Plus, when you withdraw money from Alipay and WeChat Pay, they charge you a handling fee, but not when using e-RMB,” read one comment.