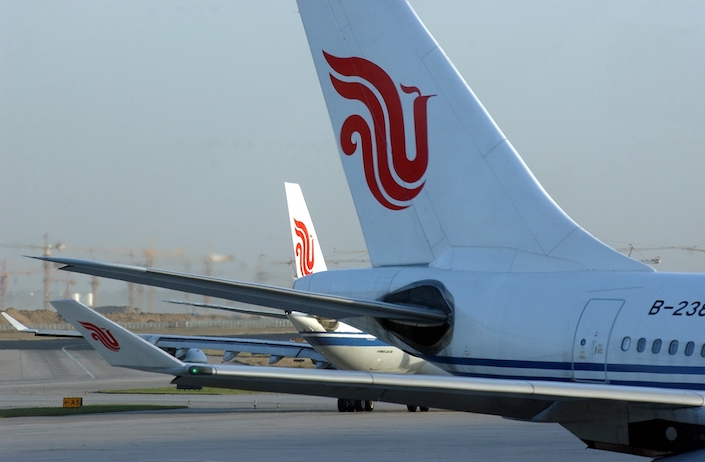 The blacklist mainly restricts securities transactions of affected companies. The list was created in June 2020 under the annual National Defense Authorization Act, which defines “Communist Chinese military companies” as being owned or controlled by the People’s Liberation Army or “engaged in providing (it) commercial services, manufacturing, producing or exporting.”

The move threatens to cripple China’s long-sought ambition to build its own aircraft to compete with Boeing Co. and Airbus SE. Chinese commercial airline manufacturers have relied heavily on U.S. imports for key aircraft components such as engines and airborne equipment.

The Pentagon listed the first tranche of 31 companies in August — including telecom giant Huawei, surveillance-gear maker Hikvision Digital Technology Co. Ltd. and a litany of aerospace and telecom firms. It has added more since, including top chipmaker Semiconductor Manufacturing International Corp. and oil giant CNOOC Ltd. in December.

A Nov. 12 Trump executive order banned Americans from trading shares in companies starting 60 days after they are placed on the list. The order also bars such companies’ securities from being traded on U.S. bourses after 365 days.

The three companies didn’t comment in response to Caixin inquiries.

Separately, the U.S. Department of Commerce Thursday also imposed additional license requirements on companies on its “Military End-User” (MEU) list. The list mainly restricts the export, re-export and transfer of products and technologies by enterprises. A total of 59 Chinese entities are on the MEU, including the latest addition, Beijing Skyrizon Aviation Industry Investment Co. Ltd.

Changes on the MEU list will affect two subsidiaries of Comac —Shanghai Aircraft Manufacturing Co. (SAMC) and Shanghai Aircraft Design and Research Institute (SADRI), subjecting them to stricter restrictions on purchasing American products and technologies. Both companies were added to the list in December.

Comac’s C919, a narrow-body alternative to Boeing’s 737 and Airbus’s A320, is in testing. About 60% of the main suppliers to the C919 are American companies such as General Electric, Honeywell and Eaton Corp., according to a report by the Center for Strategic & International Studies, a Washington-based think tank.

Comac has so far produced six C919 prototype airplanes for testing across China. The plane is still in the process of obtaining airworthiness certification and has not yet gone into mass production.