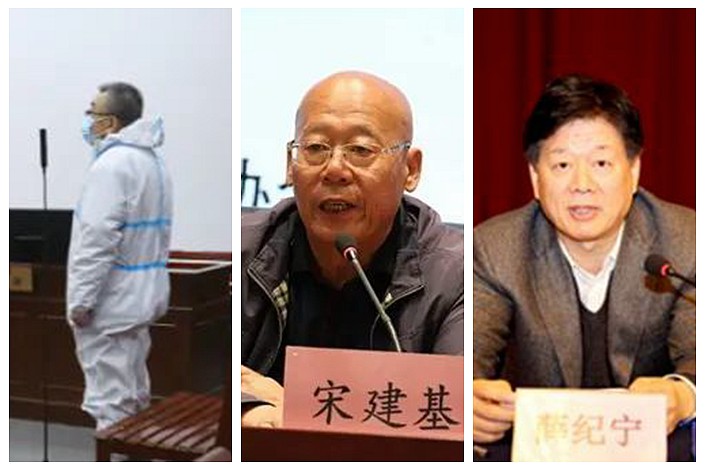 Xue Jining, who was head of the Inner Mongolia branch of the now-defunct China Banking Regulatory Commission (CBRC) from 2007 to 2014 before retiring in 2015, was expelled from the party, according to a statement (link in Chinese) released by the country’s top antigraft watchdog, the Central Commission for Discipline Inspection, on Monday.

The three former officials were accused of taking bribes and taking advantage of their posts to seek benefits for relatives. They were also accused of tolerating, or even promoting, the risky expansion of Baoshang Bank.

Inner Mongolia-based Baoshang, which was 89% owned by private conglomerate Tomorrow Holding Co. Ltd., was placed under state control in May 2019 amid severe credit risks.

The bank was found to have a 220 billion yuan ($33.9 billion) black hole due largely to massive misappropriation by Tomorrow Holding, whose billionaire founder, Xiao Jianhua, was placed under investigation by Chinese anticorruption authorities in early 2017.

The one-year state seizure of the bank — the first in 20 years — was later extended by six months due to the impact of the Covid-19 epidemic. This ended in November 2020, when the bankruptcy proceedings were started.

Endemic corruption surrounding the lender was discovered during the state’s takeover.

Liu Jinming and Jia Qizhen, both former officials at the Inner Mongolia branch of the China Banking and Insurance Regulatory Commission — a combination of the CBRC and the country’s former top insurance regulator — were put under investigation by graft busters in 2019. Last year, both were expelled from the party and removed from public office.