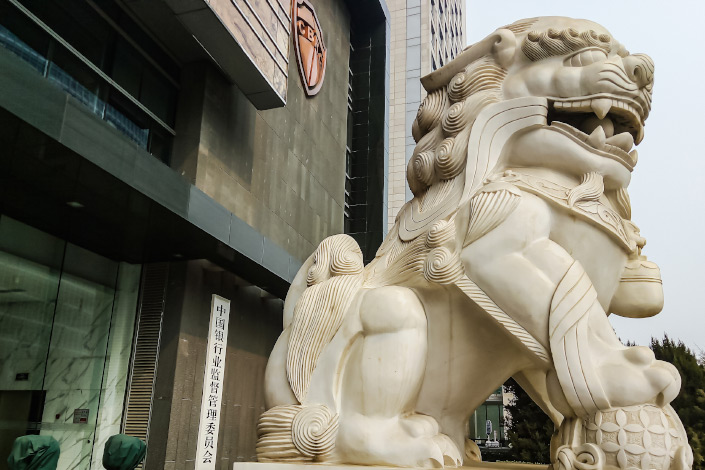 The headquarters of China’s banking regulator in March 2018.

China’s top banking and insurance regulator has pledged to tighten oversight on fintech companies, curb real estate lending and push ahead with asset management business reform this year as it laid out its key tasks for 2021.

The China Banking and Insurance Regulatory Commission’s (CBIRC) agenda offers a glimpse at the Chinese government’s priorities for the financial sector this year, as the regulator’s agenda dovetails with decisions made by the Politburo — the Communist Party’s top decision-making body — and the Central Economic Work Conference (CEWC) at key meetings in December.

The CBIRC also vowed to do a better job of serving the real economy, further promote the reform and opening-up of the country’s financial sector, effectively prevent and defuse financial risks, and maintain economic and financial security, according to a Wednesday readout (link in Chinese) for its annual agenda-setting meeting that took place the day before.

According to the readout, the CBIRC said it would further clean up risky shadow banking businesses and tighten oversight of financial institutions that were too slow to rectify issues with asset management products as required by new regulations unveiled in April 2018.

The revamped asset management rules are aimed at curbing off-balance-sheet shadow banking activities that were increasingly seen as a threat to the stability of the financial system. Wealth management products (WMPs) sold by banks were a particular target.

Banks had a long-standing practice in which they guaranteed returns on WMPs, encouraging investors to dump money into risky, high-yielding assets while expecting state protection if the underlying investments failed.

In addition, the CBIRC pledged it would strictly implement a new bank loan management mechanism rolled out recently to cap bank lending to the real estate sector in an effort to keep a possible housing bubble in check and stave off risks to the financial system. The regulator also said it would strictly supervise key property developers to ensure they followed new fundraising rules, pointing to the “three redlines” announced in August that set caps on the amount 12 large developers could borrow.

CBIRC Chairman Guo Shuqing said last year that real estate is the biggest “gray rhino" in terms of financial risks in China. Property-linked loans in the country accounted for 39% of total bank loans, and a large amount of capital from bond, equity and trust investments have flowed into the industry, he said.

The CBIRC also said it would tighten supervision over internet platforms’ financial activities, as well as their cooperation with banking and insurance institutions. The regulator also vowed to implement the Politburo’s call to take on monopolies and unfair competition, and to prevent the disorderly expansion of capital.

Over the past few months, fintech giants, especially Ant Group Co. Ltd., have faced tougher oversight as regulators warned about systemic risks posed by their aggressive expansion and decided to treat them more like traditional financial institutions than tech companies.

Guo Yingzhe and Denise Jia contributed to this report.