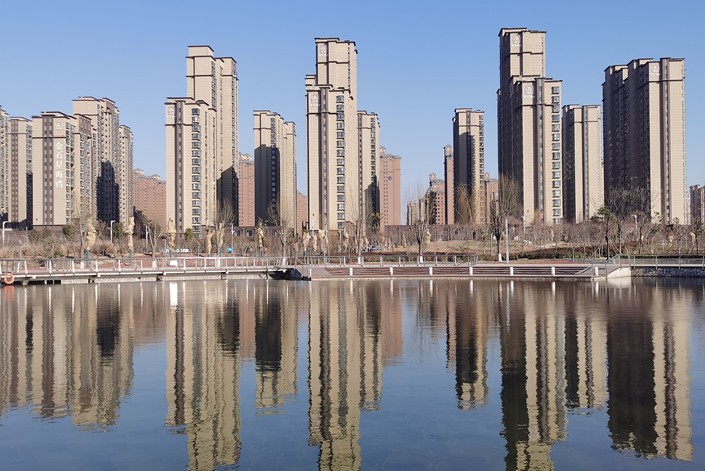 Local banking regulators in Beijing and Shanghai have tightened oversight on consumer and business loans that could flow into the property sector. Photo: VCG

Banking regulators in Beijing and Shanghai have further clamped down on consumer and business loans being used to make property purchases in a move aimed at cooling the overheated housing market and mitigating risks to the financial system.

The moves are a response to surging home prices in big Chinese cities, especially the four largest including Beijing and Shanghai. In recent months, pent-up demand has been released in the wake of the peak of the domestic Covid-19 epidemic, and property developers have rushed to sell homes to raise money amid tightening financing rules.

The Beijing office of the China Banking and Insurance Regulatory Commission (CBIRC) said Saturday that local authorities will launch an investigation into whether any individual consumer or business loans were illicitly used by borrowers to purchase property. Those banks found to have illicitly financed real estate sector transactions will be punished for lax credit reviews, poor internal governance or insufficient post-loan management.

The regulator also required banks in the capital to conduct internal investigations to check how these loans have been used since July and to rectify any wrongdoing. On Friday, the CBIRC’s Shanghai office similarly required (link in Chinese) local lenders to check if any personal consumer and business loans were used for purchases in the property market.

CBIRC Chairman Guo Shuqing said last year that real estate is the biggest “gray rhino" in terms of financial risks in China. In December, the CBIRC and the central bank issued a new bank loan management regulation to cap banks’ lending to the real estate sector in a bid to cool the overheated property market. In addition, the country’s key property developers are subject to new fundraising rules released in August that cap the amount they can borrow.

The Shanghai CBIRC office said the latest move was aimed at promoting the stable and healthy development of the local real estate market. It reiterated the central government’s policy that “housing is for living in, not for speculation.”

In recent years, some homebuyers have turned to consumer or business loans for their purchases. To tap into this business, real estate agencies offer a service where they falsify business contracts and other documents required by banks in the review process prior to issuing business loans, sources familiar with the matter told Caixin previously.