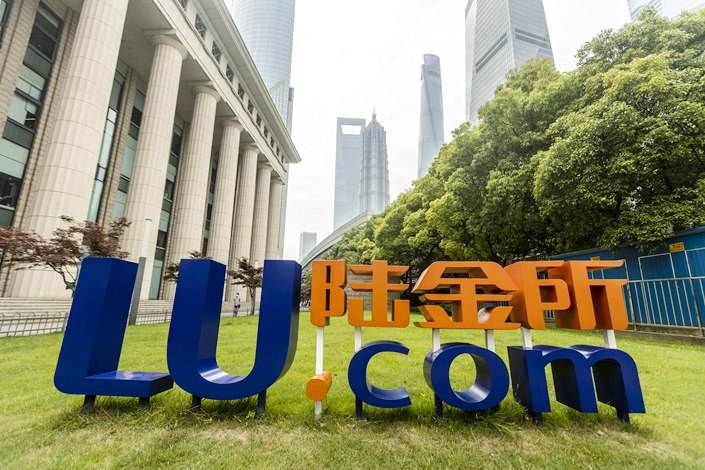 Lufax Holding Ltd. appears to have emerged unscathed from its decision to exit the scandal-prone, regulatory fraught peer-to-peer lending business as it posted healthy profit growth in the fourth quarter.

The fintech player, backed by financial conglomerate Ping An Insurance (Group) Co. of China Ltd., transitioned into a focus on wealth management after electing to exit the troubled peer-to-peer (P2P) lending arena in 2019 and issuing no new P2P loans in 2020, according to company filings.

Fourth-quarter net profit rose 17.4% year-on-year to about 2.8 billion yuan ($433 million), Lufax said on Tuesday in its first report as a publicly traded company.

Set up by Ping An Group in 2011 as a P2P lending platform, Lufax became one of the biggest players in the sector.

But a string of industry scandals that left millions of investors nursing heavy losses triggered a crackdown by financial regulators. The tightening regulatory environment, and Lufax’s decision to wind down the P2P business and reinvent itself delayed its plan to go public in Hong Kong.

Since retreating from the P2P market, Lufax has transformed itself into one of the biggest wealth management companies in China.

Capitalizing on that success, it started trading on Oct. 30 on the New York Stock Exchange, raising around $2.4 billion and capping a nearly three-year marathon to achieve an overseas listing that it began in 2017.

P2P platforms were supposed to serve primarily as an intermediary, matching individuals with money to lend with borrowers who have limited access to bank loans. However, the lack of effective oversight and the high returns promised by some platforms stoked a lending boom in China that attracted both speculators and borrowers without much wherewithal to repay their debts.

The country’s four-year clampdown on the once-booming P2P sector led to a dramatic contraction of the industry, as the surviving operators exited (link in Chinese) the business late last year.

Ji Guangheng, chairman of Lufax, said in its report that, “With our advanced technology capabilities, sophisticated management knowhow, strong pricing power, and versatile risk mitigation expertise, we will complete our business transition smoothly and maintain regulatory compliance at the same time.”

At the end of last year, the outstanding balance of loans handled over Lufax’s platforms amounted to 545.1 billion yuan, a 17.9% increase from levels at the end of 2019, according to the report.

The report also disclosed a management shake-up. Li Renjie, who had served as chairman since March 2016, has retired and Ji, who previously was co-chairman, will assume the sole chairmanship of the board. Meanwhile, Yong Suk Cho and Gregory Dean Gibb have been appointed as co-CEOs, with Cho in charge of the company’s retail credit facilitation business and Gibb in charge of wealth management, the report showed.

Tang Ziyi and Luo Meihan contributed to this report.