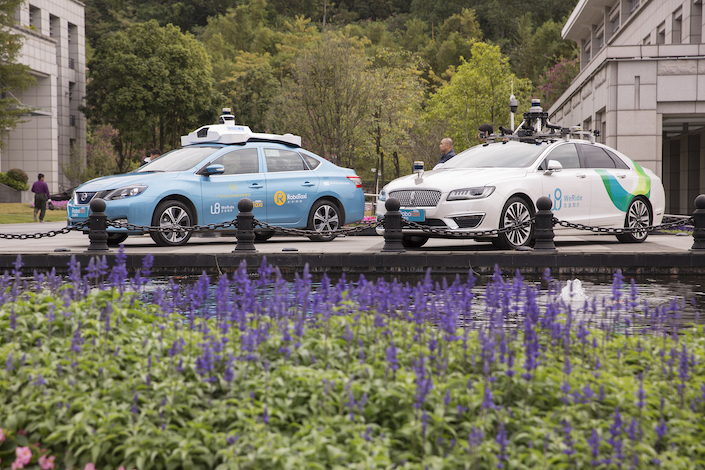 The license moves China another step closer to widespread use of fully driverless vehicles to provide transportation services. WeRide’s specific timeline for launching online ride-hailing services will depend on the progress of autonomous driving regulations and fleet operation needs, WeRide said.

Nissan-backed WeRide has been providing autonomous taxi services in limited areas in Guangzhou with a licensed taxi driver for safety. It’s not clear whether WeRide’s vehicles will now operate without a safety driver. WeRide said it may partner with taxi operators and online ride-hailing platforms but doesn’t plan to operate its own platform.

The company applied for the license two years ago, and obtaining approval took energy and patience, said founder and Chief Executive Officer Tony Han. The Guangzhou government hopes to see whether the business model works through pilot projects, WeRide said.

WeRide set up a joint venture with taxi operator Guangzhou Baiyun Taxi Group Co. Ltd. and Science City (Guangzhou) Investment Group Co. Ltd. in 2019 to provide autonomous driving transportation services. It put 40 autonomous vehicles into operation at the time. That program provided nearly 150,000 autonomous rides for more than 60,000 passengers as of the end of 2020, according to the company.

The Guangzhou-based company has also been testing its Mini Robobus service in Guangzhou and other cities and plans to start providing paid service this year. Han said the Mini Robobus, with a capacity of six to eight passengers, will mainly provide services for the last three to five kilometers of a journey.

WeRide signed a strategic partnership with Guangzhou Public Transport Group No. 3 Bus Co. Ltd., a state-owned bus enterprise in Guangzhou. It is also the bus service provider on Guangzhou’s International Bio Island, where the Mini Robobus is being tested.

WeRide received a $200 million investment from Yutong Group in December. The two companies unveiled plans to jointly accelerate large-scale commercial use of fully autonomous vehicles, including minibuses and city buses.