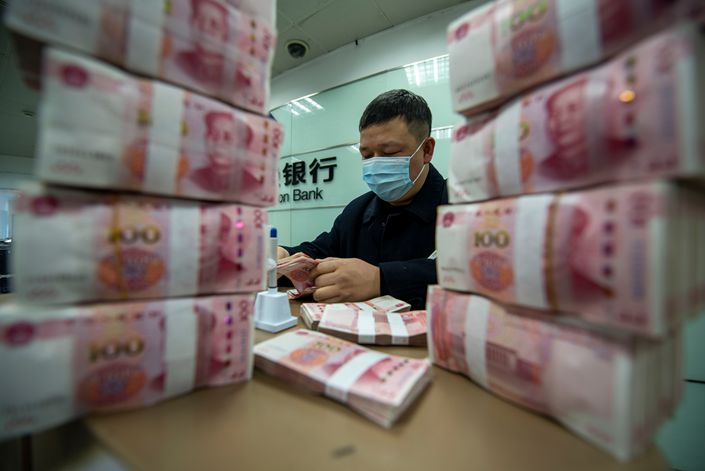 The idea of living wills for financial institutions can be traced back to the fallout of the 2008-2009 global financial crisis. Photo: IC Photo

China is poised to require certain financial institutions to start planning for how to handle their affairs if they ever find themselves on life support.

The goal for these plans, often called “living wills,” is to ensure that teetering financial institutions don’t end up forcing the state to swoop in with costly bailouts to prevent the possibility of a systemic collapse of the financial system. Since 2019, authorities have stepped in to bail out several banks, namely Baoshang Bank Co. Ltd., Hengfeng Bank Co. Ltd. and Bank of Jinzhou Co. Ltd.

Insurers and insurance groups with at least 200 billion yuan in assets at home and abroad will be required to make such plans as well, according to the draft. Regulators could also make the requirement apply to institutions that fall outside these two categories but pose a similar risk to the financial system if they were to fail.

The CBIRC’s draft rules state that financial institutions should first make use of their own assets and ask for help from their own shareholders before turning to the government for support. Under the draft rules, government bodies would only step in — and only at the smallest possible cost — if a financial institution’s own plan was ineffective and a collapse could trigger regional or systemic risks.

In a statement (link in Chinese) accompanying the draft, the CBIRC said that the new rules were designed to increase financial institutions’ capabilities to stave off risks.

Creating recovery and resolution plans allows financial institutions to increase their awareness of potential crises and better anticipate and figure out how to deal with problems before they happen, the CBIRC said. Such planning would also clarify the regulatory responsibilities of local watchdogs so they could quickly react and deal with risk events in an orderly manner.

Ping An and the four banks have been listed by the Financial Stability Board (FSB), an international body that monitors the global financial system, as global systemically important financial institutions.