Trending in China: Why Has Japanese Director’s Documentary on Huawei Gone Viral? 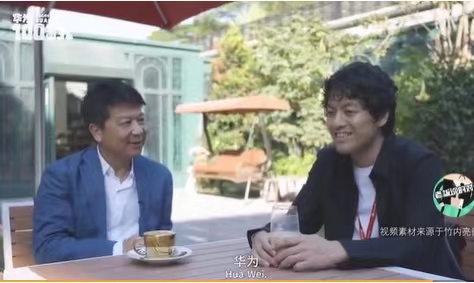 As Huawei woes continue on news that France has begun dismantling its equipment, a documentary series has been launched on Weibo by Nanjing-based Japanese film maker Takeuchi Ryo, beginning with an episode called, “Will Huawei Survive?”

“100 Faces of Huawei”, released on the director’s Weibo account, is trending today on Weibo, with a million views and ten thousand comments for the hashtag #100-Faces-Of-Huawei#.

The documentary, which will continue with episode two in mid-March, takes a look inside the Chinese telecom hardware giant’s headquarters and features interviews with staff, offering insight into the workings of the highly successful international company that has faced massive obstacles over the past two years due in large part to international political concerns.

Huawei has been on a media charm offensive in an effort to demonstrate its status as a regular private Chinese company, and despite a history of relative secrecy, offered, Nanjing-based Japanese director Ryo access to key staff inside the company’s global headquarters.

The first episode of the 100-interview-strong series focused on the question of Huawei’s survival in the context of a growing number of international chip sanctions and infrastructure sale bans.

Rye begins his tour of the headquarters in a state of awe at a grand stairwell he encounters in the company’s lobby. The 42-year old film maker then talks to a European manager who believes Huawei’s struggles are because it is China’s most advanced tech company, the revolving chairman Guo Ping who recalls how the company’s name, “For China” was picked in an earlier patriotic age. He discusses accounting digitalization with Zhang Yichen in the finance department, and explores R&D with Top Minds scholar Peng Zhihui, a high paid Huawei vlogger with 600 thousand social media followers.

Director Ryo said, “I just want to transmit real, positive, China stories to Japanese people or overseas audiences.” He became an internet celebrity in 2020 when he released two coronavirus-related short documentaries, “Long Time No See, Wuhan” and “Nanjing Against the Epidemic” about which China’s Foreign Ministry spokeswoman Hua Chunying commended him “for objectively and truthfully recording this extraordinary passage China has traversed.”

“I like the easy-going shooting style, but the content is pretty shallow,” says one Weibo user about the trending documentary.

“It is good that Huawei executives accepted the interviews. I’m sure with some other major Chinese companies, an independent film maker wouldn’t have a chance.”

The film, intended to give an insight for international viewers, is an eye-opener for many Chinese social media users too who said they also knew little about Huawei. “It was only after watching Ryo’s film that I learned that Huawei was a purely private company,” said one.

However, another top comment read, “in the film, Huawei looks like a state-owned company, especially the decoration of the chairman’s office and the office called a ‘War Room.’ No wonder foreigners misunderstand the company.”