By Zhang Lantai and Matthew Walsh 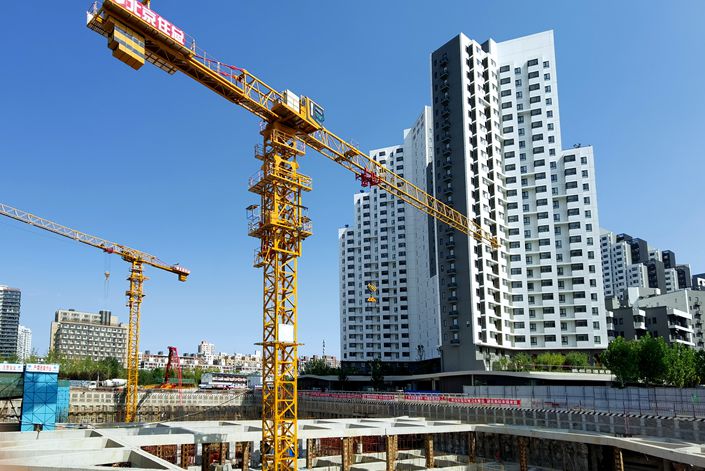 A public rental housing development is under construction in Beijing on Sept. 22. Photo: VCG

Chinese leaders have dwelt on the country’s housing crisis during the ongoing “Two Sessions” annual political meetings in Beijing.

The problems are particularly acute for young people. A 2018 survey of more than 2,000 Chinese people aged between 18 and 35 found (link in Chinese) that four-fifths thought making rent was a “great financial burden.”

In his annual government work report last week, Premier Li Keqiang stressed that China must “properly safeguard the masses’ demand for housing,” reiterating that “homes are for living in, not for speculating on.”

He said the country must stabilize house prices, increase the land supply, bring down high rents, and “do everything possible to ease the difficulties for urban residents and young people.”

A number of policy suggestions submitted to the government by Two Sessions participants address these concerns. Take a look at our previous digests to see how the suggestions system works or to read suggestions on business and finance, social policy and the environment.

Wang Feng, the Communist Youth League’s head of protecting the rights and interests of young people, submitted a recommendation that China address the “pain points” of young renters, including so-called rental loans and the practice of real estate agents collecting rent from tenants on a long-term basis and paying it to landlords in short-term installments.

The recommendation may be a covert reference to online rental platform Danke Apartment, whose debt-laden business model collapsed last year, leaving property owners out of pocket.

Chen Jinshi, an NPC deputy and the chairman of the board of architectural services conglomerate Zhongnan Holding Group Co. Ltd. , proposed that China allow large cities to “establish links” with surrounding county-level cities and semirural areas to increase the housing supply and reduce pressure on urban areas.

The country should also “resolve the contradiction between supply and demand” while promoting the development of small, peripheral cities, he urged.

China should strengthen the “concentrated management” of real estate loans, speed up reform of the property tax system and greatly expand the social housing supply, according to a proposal by the Chinese Peasants’ and Workers’ Democratic Party, one of the country’s eight recognized minor political parties.

The country should also grant renters the same rights to public services as buyers, tilt the land supply further toward rental developments and improve the housing provident system, the party said.

The suggestions are designed to both ease housing problems in large cities and bring the property market in line with the Communist Party’s much-touted “dual circulation” strategy, which aims to increase the share of domestic consumption in China’s economy.

China should abolish the presale system for commercial housing and sell such properties at prices determined by how much space they occupy within a development, according to a recommendation by Zhou Shihong, a deputy of the Lawyers’ Association of East China’s Anhui province.

The move would ensure that developers do not use presales to pass on operational costs and risks to homebuyers, while also combating fund misappropriation in the property market, Zhou said.

Chinese law currently permits people to claim provident funds at any time, a situation that can “aggravate the plight” of small and midsized businesses, Qiu argued, without being specific.

Get a new regulator

China should set up an agency to regulate the housing market and curb monopolistic practices, according to a recommendation by Mo Tianquan, the head of Fang Holdings Ltd., which owns one of the country’s biggest real estate internet portals.

The agency would aim to foster healthy competition in order to dilute China’s heavily concentrated markets for new and second-hand homes, a key driver of price distortions in the country’s real estate sector, Mo said.

China should further promote the development of the long-term rental market, according to a proposal by Yao Jinbo, the CEO of 58.com, a Chinese classified advertising website.

Boosting long-term rentals will help to bring order to a chaotic market, fix structural imbalances in the housing stock of top-tier cities and address disparities in the right of renters and buyers to use public services.

Read more about Caixin’s coverage on the Two Sessions 2021.