By Tang Ziyi and Wu Xiaomeng 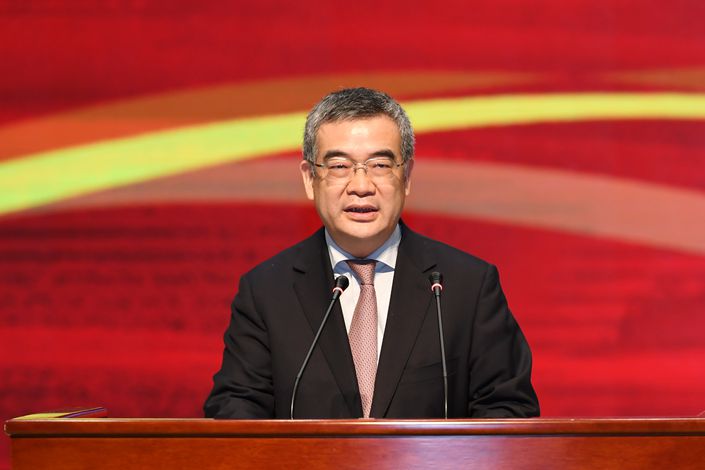 Li Qingping, chairperson of Shanghai- and Hong Kong-listed China Citic Bank Corp. Ltd. (601998.SH), has resigned due to “work arrangements,” the bank announced Monday, in the wake of its former president’s fall to a corruption investigation.

Li, 58, has also resigned as executive director of the bank, according to a filing released after a board meeting on Monday.

Zhu Hexin, chairperson of the bank’s parent Citic Group Corp. Ltd., will fill the vacancy left by Li, another filing said. Zhu will officially take over Li’s role once the appointment gets approved by the bank’s shareholders and regulators.

Li’s resignation may be partly linked to the case of Sun Deshun, who served as Citic Bank president from 2016 to 2019. Regulators accused Sun, along with the bank, of providing excessive financing for the real estate sector, which resulted in less support for the real economy, sources with knowledge of the matter previously told Caixin. That has also put pressure on Li, they suggested.

In March 2020, Sun was expelled from the Communist Party for taking bribes, after he was put under investigation in September 2019.

Li joined Citic Bank in 2014 and became the bank’s chairperson in July 2016. She joined Citic Group in 2013. Before that, she worked for Agricultural Bank of China Ltd., the world’s third-largest lender by assets, for nearly 30 years.

Zhu, 53, joined Citic Group in March 2020 as its chairman and Communist Party chief. Before that, he was a deputy governor of the People’s Bank of China in charge of its financial stability, credit information system and state treasury bureaus. A source close to the central bank said that Zhu excels at coordinating with his superiors and subordinates and that he “has rich grassroots experience and is very pragmatic.”

Citic Bank, one of the 12 joint-stock lenders that operate across the country, is a key financial subsidiary of state-owned conglomerate Citic Group. In 2017, it led a group of banks to provide $12.7 billion in syndicated loans to China National Chemical Corp. Ltd. to help fund the state-owned company’s $49 billion takeover of Swiss agribusiness giant Syngenta AG, in what was one of China’s biggest overseas acquisitions.

Citic Group was established in 1979 with the support of late state leader Deng Xiaoping.