Trending in China: Speculators or Trading Apps — Who’s to Blame for $7,000 Sneakers? 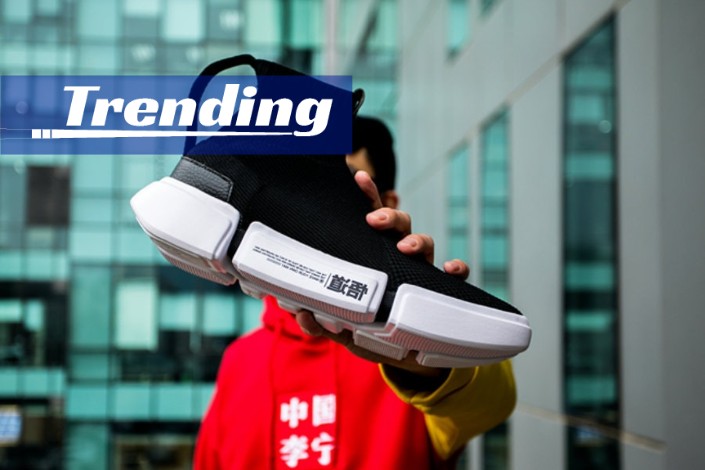 The hashtag #Lawyers-say-sneaker-speculating-may-break-law has been viewed 200 million times and commented on 5,000 times, and another hashtag about sneaker enthusiasts turning to secondhand trading #National-shoe-brands-originally-worth-1500-sold-for-48000-yuan has 3 million views. Deliberately limiting production runs of their top of the range items, domestic sport shoe brands including Li Ning and Anta have made recent gains from rising Chinese national pride.

An investigation posted on social media platform Weibo traced the trajectory of sneaker prices in China and found Chinese sneaker brands have become hot commodities subject to rampant speculation, with the price tag of one particular pair of Li Ning shoes rising from 1,499 yuan ($230) to 48,899 yuan in a just a matter of days.

Many sales take place on Dewu, an app for the buying and selling of genuine sports products, especially sneakers. Since 2017, Dewu has honed its process of trying to identify fakes which has reassured users, many of whom are experts in trading in expensive sports commodities.

According to the investigation it is common for people to post comments about shoes on their WeChat Moments saying that the shoes they have their eyes on are either out of stock or its price has rocketed. “The prices are just too crazy. A pair of shoes is going for 3,000 yuan,” the report quoted one fan as saying. Thinking about speculating herself, one reader wrote, “I gave my boyfriend a pair of shoes, and they’ve doubled in value in a fortnight. Should I trade them in for more money?”

One lawyer called Yue Dishan said that if people blindly entered the market thinking they would make a lot of money from the trade, they were in for a shock, as manipulating market prices was illegal in China. He urged regulatory agencies to strengthen monitoring of the industry and intervene where necessary.

A lot of people on social media queried why people would pay so much for a pair of sneakers.

One social media post queried price difference between online stores and platforms. “Official website prices haven’t risen, so why do prices automatically rise elsewhere? I really don’t get it.”

Another offered advice on trading. “Limited release status is the entire point of limiting sales. Most regular shoes haven’t risen in price, and some have even fallen.”

For some, the culprit is the trading platform itself, saying “Dewu app needs to be regulated,” and “sneaker speculating on Dewu is a massive deal.”

Related: Fisher: Rise or Fall, There’s No Reason to Fear the Yuan

Trending in China: Why Are Chinese Netizens Saying Kanye West Could be ‘China’s First’ U.S. President?