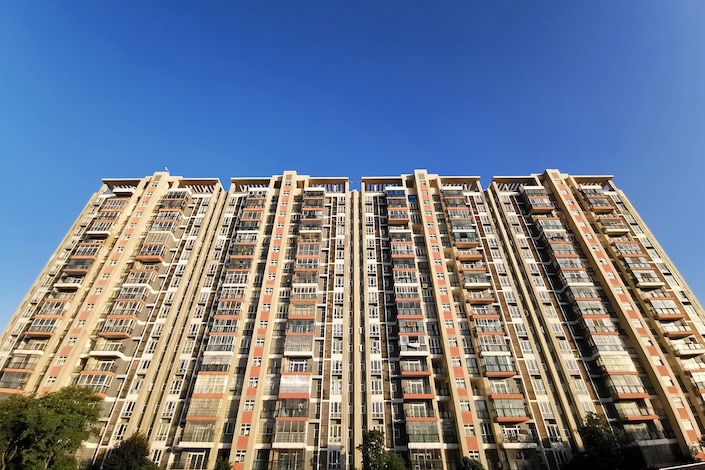 China Evergrande President and CEO Xia Haijun says he expects annual sales of the industry to be about 15 trillion yuan over the next few years, down from 17.36 trillion yuan in 2020.

China’s real estate sector has peaked and is expected to experience small declines in the future, industry insiders estimated. China Evergrande President and CEO Xia Haijun says he expects total annual sales of the industry to be about 15 trillion yuan over the next few years, down from 17.36 trillion yuan in 2020.

Tightened credit has restricted developers’ growth as the highly leveraged industry normally relies on debt to buy land and start new projects before they sell houses.

A government “three red lines” policy sets caps on the amounts developers can borrow in relation to their cash on hand, the value of their assets and as a proportion of equity in their businesses. In August, the 12 top developers were selected to test the “three red lines” directive before a potential rollout to all builders.

The ability of these developers to borrow more money will be subject to a liabilities-to-assets ratio (excluding presales) of no more than 70%, a net debt-to-equity ratio of less than 100%, and cash holdings at least equal to short-term debt. Companies that cross all three red lines will be banned from taking on more debt.

For China’s big four state-owned banks, along with China Development Bank, Bank of Communications and Postal Savings Bank of China, the ratio of outstanding property loans to total loans is capped at 40%, and outstanding mortgages as a proportion of total loans are limited to 32.5%. Smaller banks face stricter limits.

China Vanke, the country’s second-largest developer by sales, said survival is a real issue now for the company and the industry as a whole. Vanke Chairman Yu Liang said the property industry is becoming more and more like the manufacturing sector, meaning it can no longer make money through leverage.