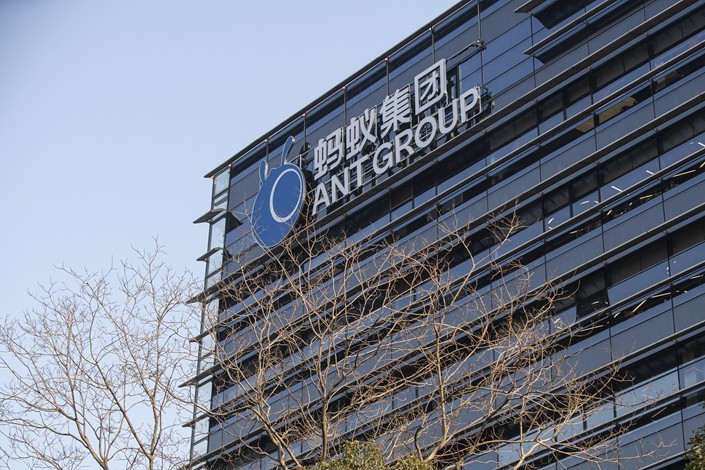 The restructuring is part of a “comprehensive and feasible rectification plan” that the company has formulated upon regulators’ guidance after falling under strict regulatory oversight last year, Pan said in a statement (link in Chinese) released by the People’s Bank of China (PBOC).

The statement comes after China’s four top financial regulators, including the PBOC, summoned Ant Group executives for talks on Monday.

Under the restructuring, Ant Group will disconnect its payment service Alipay’s “inappropriate links” from other financial products, including online lending services Huabei and Jiebei, Pan said.

Ant will also rectify its monopolistic behavior, rein in high leverage in its financial businesses and reduce the maximum amount users may deposit into their Yu’e Bao accounts, PBOC’s Pan said.

China is treating fintech companies more and more like traditional financial institutions. Regulators have warned that those de facto financial companies that expanded freely under a looser regulatory environment pose mounting risks to the financial system.

Ant Group’s blockbuster dual IPO was suspended in November after Jack Ma, Ant Group’s billionaire founder and actual controller, was summoned to a rare joint meeting with China’s top financial regulators. In December, regulators ordered the company to return to its roots as a payment services provider.

Still, there’s little clarity over whether and when Ant Group can resume its IPO. The overhaul measures are likely to drastically reduce Ant’s valuation in an IPO, according to estimates from Bloomberg Intelligence.

China proposed measures to curb market concentration in the online payment industry in January. Alipay, the app operated by Ant, held 57% of the mobile payments market as of the second quarter last year, according to internet consultant iResearch. Tencent Holdings Ltd.’s WeChat Pay had a 39% share.

Lawmakers are also making major revisions to the Anti-Monopoly Law for the first time in 12 years to give it more teeth.

Ant will plan its growth “within the national strategic context,” and “contribute to the new development paradigm of domestic and international circulations,” the company said in the statement.