By Wang Lijun and Wang Xintong 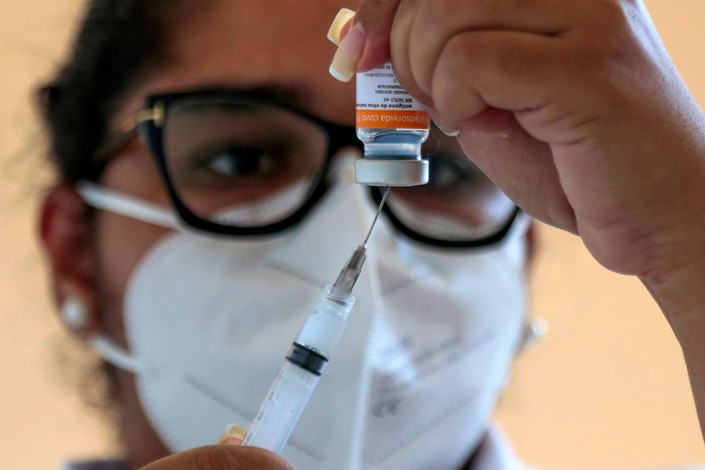 A medical worker prepares a dose of a Chinese-made Covid-19 vaccine on March 31 in Rio de Janeiro. Photo: VCG

Detailed late-stage trial data for the Covid-19 vaccine developed by Sinovac Biotech Ltd. has been disclosed in a paper penned by Brazilian researchers, which may help allay concerns over Chinese-made shots exacerbated by a dearth of such public information.

The preprint paper, which has not yet been peer-reviewed, was released Sunday via online research platform SSRN. It said Sinovac’s inactivated virus vaccine, known as CoronaVac, is 50.7% effective at preventing symptomatic Covid-19 cases. Brazilian officials previously gave the figure of 50.4%.

The researchers found that the efficacy rate against cases “requiring assistance” and cases showing moderate-to-severe symptoms was 83.7% and 100% respectively.

A total of 12,396 volunteers participated in the phase 3 clinical trial, which was conducted across 16 sites in Brazil between last July and December, according to the paper. The volunteers were required to be health care professionals caring for Covid-19 patients.

A total of 67 severe adverse events were detected among 64 participants who received two CoronaVac doses, including two deaths. The study said that these events were “determined as unrelated to the vaccine.”

CoronaVac is one of four homegrown Covid shots approved in China. It has also been approved by over a dozen other countries including Indonesia, Brazil, Turkey and Malaysia. But the shot has also faced skepticism over a lack of transparency.

The release of the study marks the first time that a Chinese-made vaccine’s late-stage trial results have been published, as until now, only the results of early and mid-stage trials of Chinese vaccines have been published. These trials are not designed to examine whether vaccines actually prevent people getting sick from the disease, though headline efficacy figures have been announced by various officials and executives.

Due to China’s effective control of the epidemic, the country’s vaccine firms have been forced to look to countries with uncontrolled spread to test their shots, in an effort that has at times been politically fraught.

CoronaVac is one of the major vaccines currently being used to inoculate people in Brazil, one of the countries hardest hit by the Covid-19 pandemic. As of Tuesday, the country had reported more than 13.5 million coronavirus cases, with the death toll passing 2.9 million, according to data compiled by Johns Hopkins University. Its government aims to vaccinate 51 million people, or about a quarter of the population, in the first half of the year.