Chinese Snack-Maker Shapes Up as a Spicy Hong Kong Offering 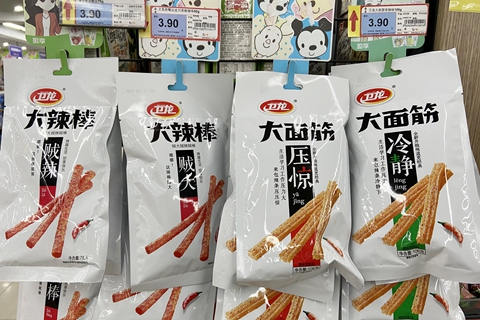 One of China’s spiciest snack-makers wants to be hot property on the Hong Kong bourse.

In recent years they’ve become a cultural touchstone for younger people, sparking nostalgia for the freewheeling 2000s and occasionally cropping up in online memes and viral videos (link in Chinese).

Weilong booked an annual profit of 819 million yuan ($127 million) on 4.1 billion in revenue, the filing says. Based in the Central China city of Luohe, the firm was founded in 1999.

Weilong said its revenue grew at an annual compound rate of 22.4% over the past three years, far higher than the snack food industry average of 4.1%, citing analysis from Frost & Sullivan. It said its net profit margin was almost double the industry average last year.

Weilong didn’t say how much money it hopes to raise or when its listing might take place. China International Capital Corp., Morgan Stanley and UBS Group AG are jointly sponsoring the IPO.