Update: ByteDance Founder Zhang Yiming to Step Down as CEO 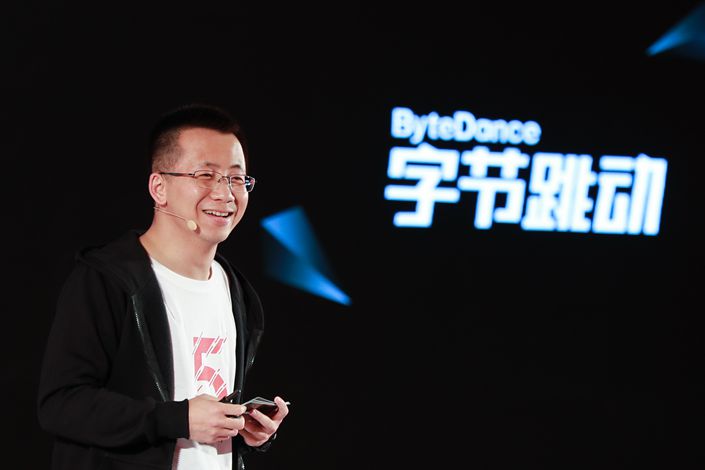 ByteDance Ltd.’s co-founder Zhang Yiming announced that he will step down as CEO, signaling a major leadership shake-up at the 9-year-old technology firm that created global short-video sensation TikTok.

The billionaire entrepreneur will be replaced by Liang Rubo, ByteDance’s head of human resources, according to a memo from Zhang published on the company’s blog.

Zhang will remain at ByteDance, where he will focus on “longer-term initiatives” after stepping back from day-to-day responsibilities, he wrote. He did not say whether he would remain chairman of the firm, nor specify what form his new role would take, but hinted that he may focus on social impact.

The 38-year-old entrepreneur has spearheaded ByteDance’s rise to become one of the world’s most valuable tech firms, largely thanks to the popularity of its short-video platform Douyin, and its international twin TikTok.

But ByteDance’s breakout success as China’s first truly global app-maker has painted a target on its back at home and abroad, most dramatically in the U.S. where the former Trump administration issued executive orders last year trying to ban TikTok — or force its sale — after labeling it a national security threat.

The appointment of Chew, who as CFO of Xiaomi Corp. engineered one of the largest ever Chinese tech listings on the Hong Kong Stock Exchange, prompted speculation that the company was revving up plans to go public.

In his memo, Zhang wrote that giving up his responsibilities as CEO will afford him more time to think about technological innovation, which he said does not come from incremental progress.

“Frankly, I feel I did not achieve as much as I had hoped to on my previous objectives in the areas of new strategic opportunities, organizational management, and social responsibility,” he wrote.

“I believe (by stepping down as CEO) I can best challenge the limits of what the company can achieve over the next decade, and drive innovation, by drawing on my strengths of highly-focused learning, systematic thought, and a willingness to attempt new things,” he added.

Liang is better-suited to the CEO role because of his strong managerial, organizational and social engagement skills, Zhang wrote, adding that the pair would work closely over the next six months to ensure a smooth handover.

Zhang and Liang met while studying at northern China’s Nankai University, and the pair co-founded ByteDance in 2012.

Liang began his tenure as CEO of ByteDance on Thursday, according to an official resume provided by the company. Representatives for ByteDance did not respond to questions about Zhang’s title during the transition.

Born in 1983, Liang graduated in 2005 with a major in microelectronics. It was there that he met Zhang, and the pair would go on to found real estate portal Jiujiufang in 2009.

From 2012 to 2016, Liang served as head of product research and development on a number of early ByteDance products, including Jinri Toutiao, a popular news and content platform.

Liang took on various roles in those years, including helping Zhang code for new systems, setting up servers, and developing corporate policies and management systems, according to Zhang’s memo.

In 2016, Liang became chief of the firm’s cloud office software unit Lark, known as Feishu in Chinese. He was named head of human resources at ByteDance last year.

Liang’s accession to ByteDance’s top job on Thursday comes amid persistent rumors that the tech titan is considering a public listing.

Last month, the company broke its lengthy silence on the issue to deny that it had imminent plans for an IPO, after sources told Caixin that it had opted to file a prospectus to the Hong Kong stock exchange by the end of June.

In mid-April, shares in ByteDance were privately trading at levels that valued the company at around $300 billion.

Zhang’s announcement is just the latest high-profile CEO departure at a Chinese tech company in recent months, as the industry weathers a regulatory storm that has targeted everything from anti-competitive behavior to data abuse and “algorithmic bullying.”

Ant Group CEO Simon Hu resigned from the role in mid-March, and also said he would remain at the company to focus on the group’s philanthropic work. He was replaced by Ant Chairman Eric Jing.

A week later, Colin Huang Zheng, the billionaire founder and chairman of Nasdaq-listed e-commerce giant Pinduoduo Inc., stepped down from the 5-year-old company’s board eight months after relinquishing the role of CEO.

ByteDance did not respond to a question about whether Zhang’s decision was related to the ongoing probes.