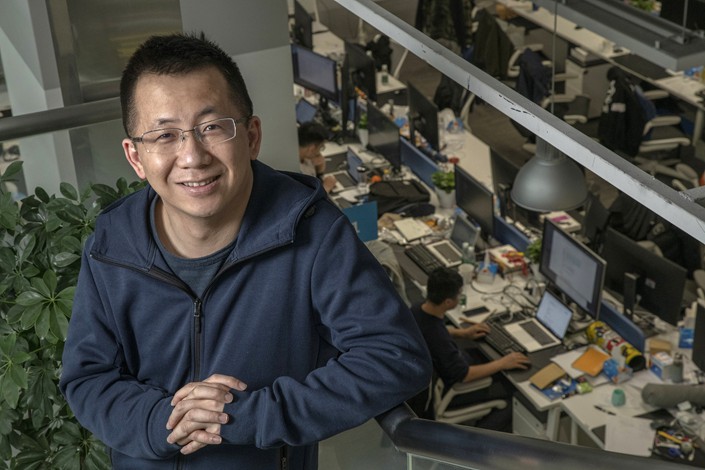 Shunning the U.S. financial markets amid ongoing political tensions with China, ByteDance Ltd. has chosen instead to IPO on the Hong Kong Stock Exchange and will file its prospectus in the second quarter, Caixin has learned.

The Tiktok owner, shares of which are privately trading at levels that value the company at $300 billion, declined to comment.

ByteDance opted against a U.S. listing because the risks for concept stocks have grown considerably in the past year, and ByteDance’s state-owned shareholders may cause it to fall afoul of the U.S. regulatory environment, sources said.

In October, Caixin reported ByteDance was considering spinning off Douyin — TikTok’s Chinese mainland twin — for a listing in Hong Kong in the first half of 2021, but sources said that plan is now on ice. ByteDance is expected to list its entire domestic and international business.

As of August 2020, half of China’s internet users were logging onto Douyin daily, while Tiktok’s combined monthly active users in Europe and the United States has exceeded 200 million.

According to data from consultancy Sensor Tower, as of December 17, 2020, TikTok had been downloaded 961 million times worldwide, with revenue exceeding US$1.2 billion.

If priced at a $300 billion valuation, ByteDance would overtake Meituan and become the third most valuable Hong Kong-listed company after Tencent Holdings Ltd. and Alibaba Group Holding Ltd. Based on the closing price Wednesday, the top three companies by market cap on the Hong Kong Stock Exchange are Tencent ($765 billion), Alibaba ($662 billion), and Meituan ($218 billion).

In its latest round of funding in December, ByteDance was valued at $180 billion, according to people close to the deal. U.S. private equity firms Sequoia Capital and KKR & Co led the funding.

The company’s products occupy an increasing chunk of the average Chinese mobile-internet user’s time online — around 16%, second only to Tencent Holdings Ltd.’s 36% share as of the end of 2020, according to app data firm Questmobile. Tencent owns the multi-function messaging and payment app WeChat.

In 2020, ByteDance became China’s biggest advertising platform with revenue of 150 billion yuan ($23 billion), compared with the less than 100 billion yuan generated by Tencent.

Douyin claims its e-commerce business has grown by more than 12 times in terms of gross merchandise value (GMV) in 2020. The GMV of products sold via Douyin is believed to have been approximately 170 billion yuan to 180 billion yuan last year, according to several merchants and Douyin institutional partners spoken to by Caixin. That figure is expected to reach 300 billion yuan this year. ByteDance never confirmed the figure.