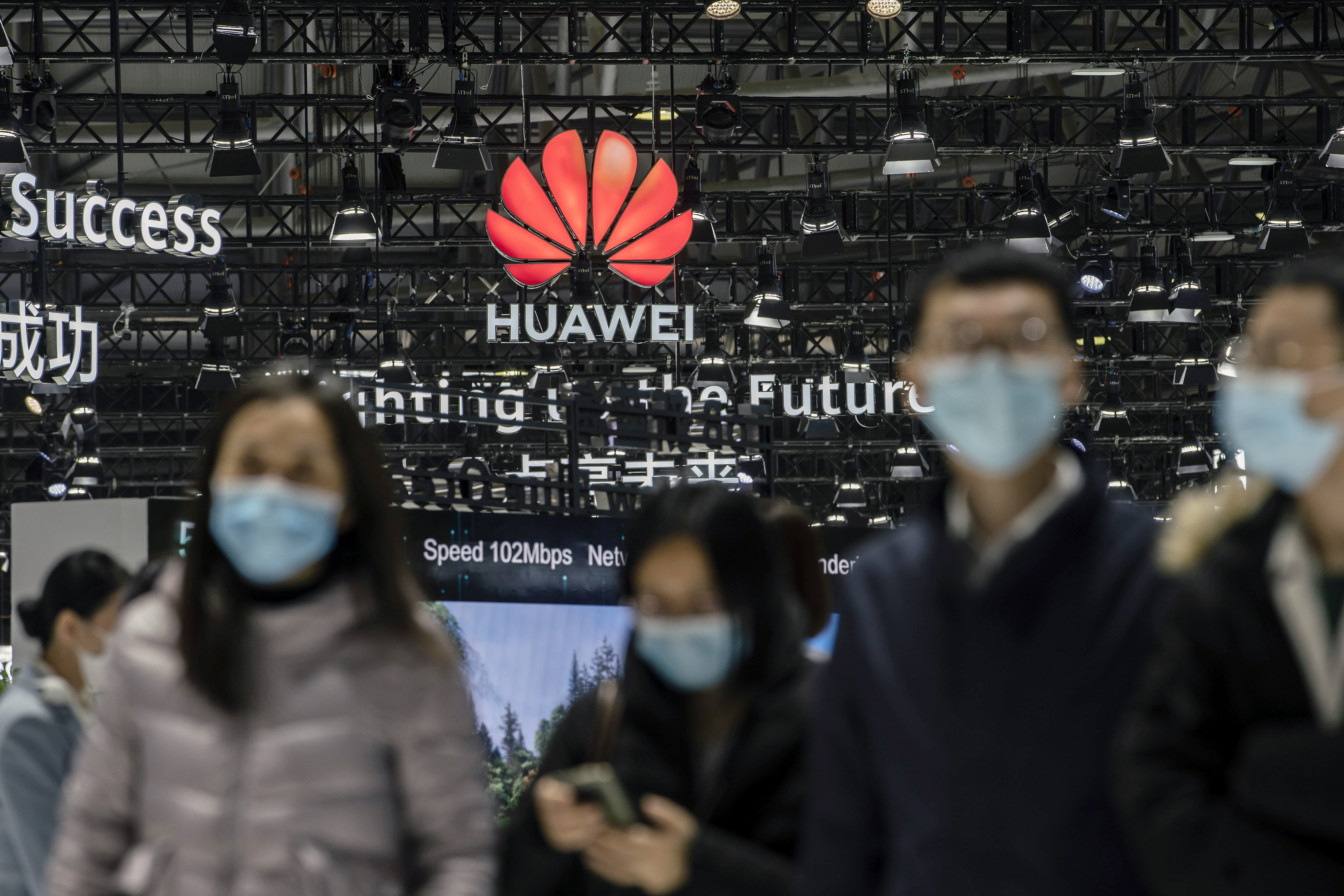 Attendees walk past the Huawei logo at the MWC Shanghai exhibition in Shanghai on Feb. 23. Photo: VCG

(Nikkei Asia) — Huawei Technologies is adamant in its pursuit of developing world-beating semiconductors despite toughened U.S. sanctions that have robbed it of the contract manufacturers it had relied on, according to Catherine Chen, a Huawei director and senior vice president, who added that the company has no intention of restructuring chip design subsidiary HiSilicon.

HiSilicon had more than 7,000 workers on its payroll in 2020, a number that would be difficult to maintain by a subsidiary that is expected to go years without contributing to earnings. But Huawei is privately held and unaffected by external forces, and its management has clearly shown it intends to retain HiSilicon, Chen said.

In May 2020, the U.S. government barred companies using American-made products or services from doing business with Huawei, in principle. As a result, Taiwan Semiconductor Manufacturing Co., the world’s biggest contract semiconductor maker, and other companies have stopped accepting new orders from Huawei.

HiSilicon, a fabless semiconductor company founded in 2004, has been developing chips for Huawei smartphones and other devices; it is considered one of the world’s most advanced chip developers.

It logged $385 million in sales in the first quarter of 2021, according to British research company Omdia. The figure represents a plunge of 87% from the April-June period of 2020, when HiSilicon’s sales peaked.

TSMC was HiSilicon’s essential outsourcing contractor, which means HiSilicon’s sales will likely drop to nil sooner or later. But Chen has told Nikkei and other news outlets that Huawei has no plans to reduce HiSilicon’s workforce.

Chen said HiSilicon continues to develop semiconductors and can manage despite the sanctions, which are expected to remain for two to three years.

Chen said other countries are promoting their own semiconductor industries, which will help HiSilicon gain new supply chain partners that do not rely on U.S. technology. Chen said she expects this to play out in a few years’ time.

HiSilicon is also pursuing other business lines. In May, it announced its participation in a project to achieve widespread use of 8K ultra-high-definition TVs.

With expectations that the U.S. and China will continue their battle for high-tech supremacy, Huawei has pushed ahead in developing proprietary technologies at a research center that the company considers a modern-day Noah’s Ark, one that floats above a flood of difficulties.