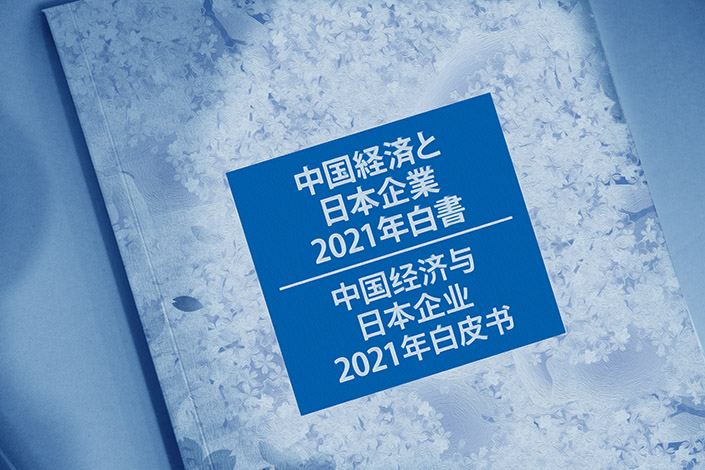 Japanese companies operating in China are urging Beijing to clear up confusion over a string of new regulations that are creating uncertainty and making it more difficult for them to do business in the country.

They are also calling for the Chinese government to speed up the normalization of travel between the two countries as their economies recover from the Covid-19 pandemic, and to promote a fair and transparent market environment for foreign firms. They also want to see more areas of the economy opened up to overseas companies and for administrative rules to be streamlined.

The recommendations are listed in the annual white paper (link in Chinese) of the Japanese Chamber of Commerce and Industry in China which represents some 8,560 Japanese companies. The report, released in Beijing on Wednesday, contains a total of 56 proposals covering a range of industries and regions across the country based on suggestions from members doing business in China.

“Affected by the economic and trade friction between China and the U.S., trade protectionist actions in various countries, the Covid-19 epidemic and other factors, uncertainties faced by Japanese enterprises over production and operations are increasing,” the report said. “Under such circumstances, we hope China will strengthen the construction and implementation of relevant systems so as to further improve the ‘predictability’ of China’s business environment.”

The annual meeting of the National People’s Congress in March pledged to push forward with reform in key areas, boost the vitality of market players, implement high-level opening-up to the international community and promote stability in foreign trade and foreign capital, Daisuke Mikogami, the chairman of the chamber, wrote in the report. “Achieving these goals will require fair treatment for foreign companies and the main request in the white paper is to ensure fairness for Japanese companies operating in China,” he said.

The white paper said several Chinese laws and regulations came into effect in 2020 and 2021 that have caused increased uncertainty for Japanese companies because of ambiguous definitions and lack of clarity over the scope of application. It highlighted regulations including the new Unreliable Entity List (不可靠实体清单规定), which imposes punishment on foreign entities for conduct that endangers China’s national sovereignty, security, or development interests, and the Export Control Law (出口管制法), which sets out a framework for control over exports of sensitive materials and technologies from China.

The concerns echo those put forward by the American Chamber of Commerce in China in its annual business climate report published in March, which said its members had expressed “high levels of uncertainty regarding how key regulations, from the Foreign Investment Law to the Unreliable Entity List, will impact their operations in practice.”

The Japanese report said the Unreliable Entity List fails to give a clear definition of terms such as “endangering China's national sovereignty, security and development interests,” “violating normal market trading principles” and “taking discriminatory measures.” The chamber urged the Chinese government to provide clearer definitions and to take effective measures to prevent Japanese companies from becoming victims of abuse of the entity list.

The Measures for the Security Review of Foreign Investment (外商投资安全审查办法), which went into effect in January, expand the scope of Chinese authorities’ reviews of foreign investment projects to include the green sector, but they don’t specify the type of green projects that are subject to review, the white paper said.

Japanese companies highlighted continuing difficulties getting expatriate staff into China due to entry restrictions imposed by Beijing due to the Covid-19 pandemic, a complaint also made by business executives in the U.S. chamber survey and the annual business confidence survey released by the European Union Chamber of Commerce in China on June 8.

“Due to the ongoing strict restrictions on the control of COVID-19 pandemic, the movement of people between Japan and China, which is the foundation of business, has been adversely affected,” the Japanese chamber report said. “For the early recovery of the business environment in the future, we strongly expect immediate improvements such as early return of flights between Japan and China, shortening of the quarantine period, improvement of the quarantine environment, and prompt issuance of invitation letters necessary for obtaining an entry visa for China.”

Japanese enterprises in China were buffeted by the pandemic and trade friction last year. According to the white paper, about 63.5% of survey respondents estimated they were profitable in 2020, down from 68.5% the previous year, while 19.5% estimated they made losses, up from 13.2% in 2019.