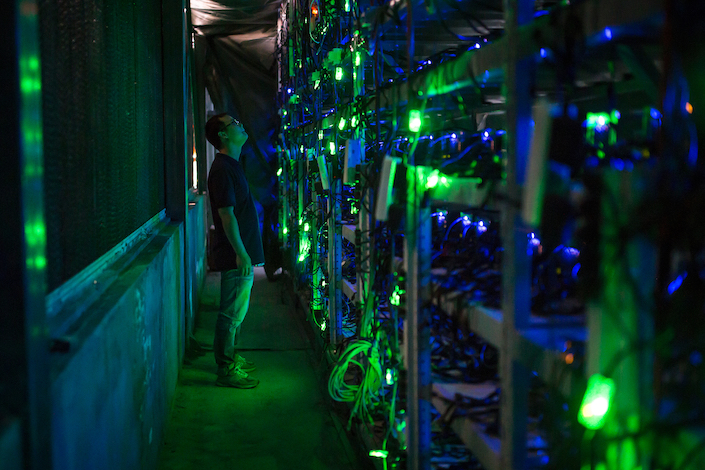 Sichuan accounted for 10% of China’s crypto mining capacity in April 2020, behind only Xinjiang’s 36%.

Another major cryptocurrency mining hub in China is moving to kick miners out of its territory as part of a sweeping clampdown amid regulatory concerns over the industry’s huge energy consumption and potential financial risks.

Several documents signed by government agencies in southwest China’s Sichuan province circulated online in recent days outlining plans to shutter all crypto mining sites in the province. One of the documents set June 25 as the deadline to complete inspections and cut power supply to the operations. It listed names of 26 projects that have been inspected.

The Sichuan provincial energy bureau told Caixin Friday that the agency was still verifying the authenticity of the documents. But separate industry sources said they are genuine.

The documents are in line with the central government’s stance against cryptocurrency mining activities, the sources said. China is home to a large concentration of the world’s crypto miners — programmers that use massive computing power and vast amounts of electricity to verify blockchain transactions involving the currencies.

China has long expressed displeasure with the anonymity provided by Bitcoin and other digital tokens and since 2017 has banned all virtual currency exchanges and fundraising. Restrictions on cryptocurrency trading have since been further toughened.

In May, China’s Financial Stability and Development Committee warned the crypto market that it would crack down on cryptocurrency mining as part of an effort to control financial risks, promoting declines in major virtual currencies.

In the following weeks, several Chinese regions and provinces including Inner Mongolia, Xinjiang, Qinghai and Yunnan cracked down on crypto mining operations.

According to the Cambridge Centre for Alternative Finance, Sichuan accounted for 10% of China’s crypto mining capacity in April 2020, behind only Xinjiang’s 36%. Many crypto mining industry sources said they expected greater room for the operations to survive in Sichuan as the water-rich province has largely relied on hydropower, meaning the activities have less impact on emissions in Sichuan compared with other regions where coal-fired generation is the main electricity source.

The list of 26 crypto mining projects include operations based in Aba, Ganzi, Ya’an, Panzhihua and Liangshan. Most of the projects started operation between 2018 and 2021.

Authorities of Ya’an city pledged at a meeting Thursday to screen and rectify all Bitcoin mining businesses within its jurisdiction, Bloomberg reported. The city promised provincial authorities that it would root out all Bitcoin and Ether mining operations within one year, according to the report.

Several crypto miners disclosed plans to relocate amid the tightening regulatory environment in China. MClouds said in May that it would move to Kazakhstan. Bideer also said it would halt mining operations in China and relocate to Europe and North America.

“There will be no longer such an industry in China,” one crypto mining site owner said.