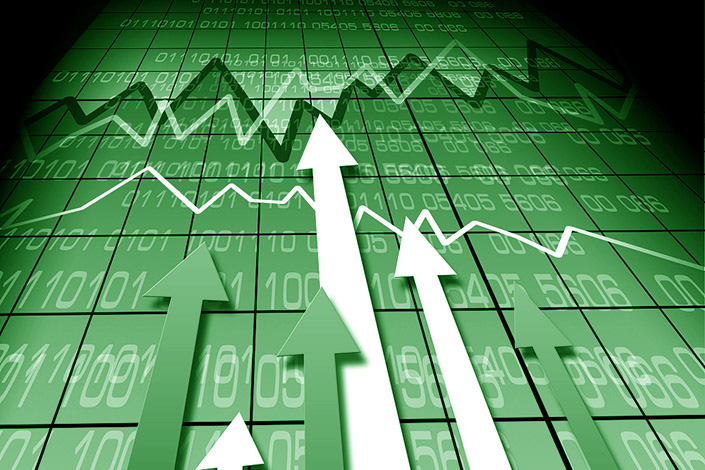 Analysts said the REITs were well received because the projects they fund were screened by the authorities and are all of relatively high quality. Photo: VCG

China’s mutual fund markets reached another milestone on Monday as the first publicly offered infrastructure-focused real estate investment trusts (REITs) made their debut on the Shanghai and Shenzhen exchanges more than a decade after the initiative was first mooted, marking the government’s latest efforts to encourage the non-state sector to finance infrastructure spending.

The REITs made a strong debut on Monday, with all nine opening higher as investors showed their enthusiasm for the new type of equity securities. Although they gave up some of their gains by the end of the day, they still outperformed the broader market. The Shekou Industrial Park (蛇口产园) REIT and Shougang Green Energy (首钢绿能) REIT, both listed in Shenzhen, were the best performers, rising as much as 20% before falling back to close up 14.72% and 9.95% respectively. Shanghai-listed Dongwu-Suzhou Industrial Park (东吴苏园) REIT and Shenzhen-listed Guangzhou Guanghe (广州广河) REIT were the weakest performers, closing up 0.7% and 0.68% respectively, although they still outperformed the benchmark Shanghai Composite Index which ended the day 0.12% higher.

REITs are a popular investment product in developed markets like the U.S., where they raise money to buy income-generating real estate assets, such as office buildings and shopping malls, and use the rents collected to pay dividends to investors. China’s regulators have been mulling permission (link in Chinese) for REITs since around 2005, but progress has been slow, partly due to concern the money raised from selling shares to investors could further fuel gains in home prices, and partly because of legal, regulatory and tax issues, experts have previously said.

In 2015, China Vanke Co. Ltd. (000002.SZ), one of the country’s biggest property developers, teamed up with Penghua Fund Management Co. Ltd. to launch the country’s first REIT for public investors.

But fiscal pressure on local authorities has grown as a result of slowing economic growth and tax cuts imposed by Beijing, while the government’s deleveraging and derisking campaigns have made it harder for local government financing vehicles to borrow. As a result, policymakers have sought to open more channels to raise money for key infrastructure projects, especially those that draw funds from private investors.

A pilot program for infrastructure-related REITs started in April 2020 which allowed investors to buy shares in mutual funds that invest in asset-backed securities holding ownership or management rights of infrastructure projects. In return, the REITs pay investors dividends from the revenue generated by the underlying projects — such as toll fees or rent.

The nine REITs that debuted Monday were selected by the National Development and Reform Commission and recommended to the China Securities Regulatory Commission (CSRC). To qualify for securitization, infrastructure projects must have clearly defined ownership and the ability to generate stable income. Owners and operators should have a proven track record and no recorded significant rule violations over the past three years.

The CSRC approved their registration on May 17 and subscriptions opened on May 31 with all nine receiving applications for many more shares than were on offer. Analysts said the REITs were well received because the projects they fund were screened by the authorities and are all of relatively high quality.

Commenting on the positive performance of the REITs in first-day dealings, analysts with Huatai Securities Co. Ltd. (601688.SH) said it was rational to see price gains due to the scarcity of high-quality financial assets in the domestic market. But the shares were also driven higher by speculation as investors traditionally look to make a quick profit on new listings. The REITs are not subject to the usual 10% daily limit on price movements on their debut. Stock exchange rules cap the daily gain or loss at 30% on first-day dealings.