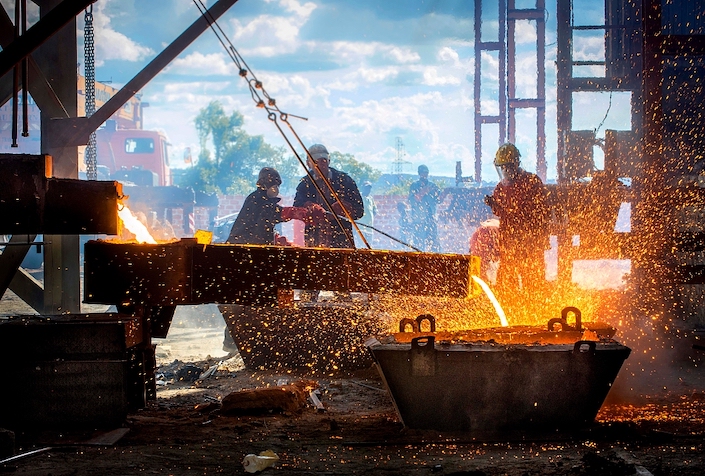 Major steel companies recorded combined profit of 184.3 billion yuan between January and May, up 286% year on year, according to the CISA.

Chinese steel makers estimated a sharp rebound in profits for the first half this year, reflecting strong steel prices amid the industrial recovery from last year’s pandemic disruptions.

Strong demand amid economic recovery and production cuts to meet environment goals have pushed up steel prices. The price index tracked by the China Iron and Steel Association (CISA) rose to a record high in mid-May before a drop in response to the central government’s vow to stabilize commodity prices.

Major steel companies recorded combined profit of 184.3 billion yuan between January and May, up 286% year on year, according to the CISA.

As the rainy season starts in Southern China, steel demand may contract as construction slows due to weather factors, Guotai Junan Securities said. But demand will remain stronger than last year, the brokerage house said.

Crude steel production increased 13.9% to 473 million tons between January and May, despite Beijing’s push to cut production as part of its pollution reduction campaign, according to the National Development and Reform Commission.

Analysts said steel mills will face persistent pressures to reduce output and pollution in the second half, and steel prices will be affected by the strength and pace of how regulators carry out the policy.

Authorities in Anhui and Gansu recently notified local steel companies to prepare for production cuts in the second half, according to industry news portal Mysteel.com.

As of Wednesday, the most-traded contracts for rebar rose 17% from the beginning of the year and for hot rolled coil, 21%.