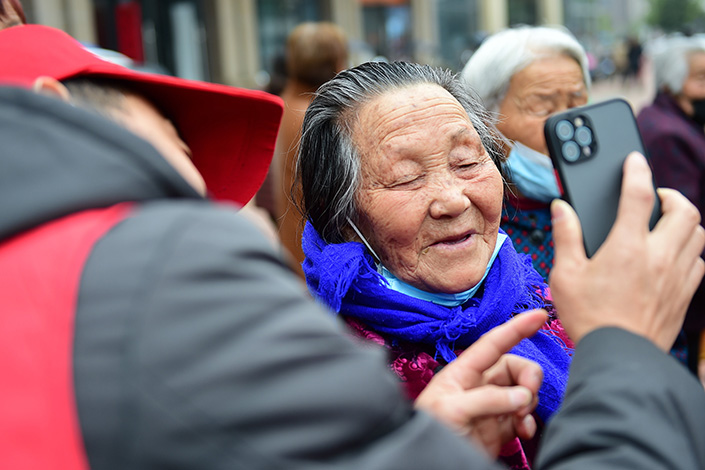 China has laid out its strategy to tackle its looming pensions crisis over the coming five years as a rapidly aging society and a shrinking workforce threaten the sustainability of the existing system.

The government will further expand the coverage of the basic state pension insurance system managed by provincial-level governments, encourage the growth of the occupational pension and private pension sectors, and delay the legal retirement age, according to the 14th five-year work plan (link in Chinese) released by the Ministry of Human Resources and Social Security last Tuesday. The plan doesn’t provide detailed policies or give a timetable for raising the retirement age.

The 40-page document sets out six key tasks for the development of human resources and social undertakings as part of the national 14th Five-Year Plan from 2021-2025 that was approved by the annual meeting of the National People’s Congress in March. They include (link in Chinese) promoting fuller and higher-quality employment, improving the social security system, “stimulating the innovative vitality of talent,” improving income distribution to narrow the wealth gap, and improvement basic public service.

Countries around the world are grappling with how to deal with their aging populations and how to adjust taxation and fiscal policies to cope with the additional state spending required to pay the pensions and health care costs of hundreds of millions of additional retirees. China has been talking about overhauling its pensions system for more than two decades and while policymakers have made some progress in tackling the problem, more needs to be done to meet the challenges.

The results of China’s once-a-decade census, published in May, showed the country’s aging process is accelerating, the size of the working population is declining, and the fertility rate is declining more rapidly than expected, underscoring the urgency of overhauling the country’s inadequate pensions system.

“The sustainable development of the social security system will face challenges,” the ministry said in its plan, noting that the number of new retirees is expected to exceed 40 million from 2021 to 2025, while the working-age population is expected to decrease by 35 million.

Last year, China’s social insurance fund, which includes the basic state pension funds run by provincial-level governments, reported the first annual deficit on record. The Insurance Association of China estimated (link in Chinese) last year that the country could suffer an 8 trillion yuan ($1.2 trillion) to 10 trillion yuan pension shortfall over the next five to 10 years.

China currently operates a three-pillar pensions system which is heavily dependent on the first pillar, a basic old age pension scheme for urban and rural residents and employees. It is managed by provincial-level governments, although some authorities have entrusted the fund management responsibility to the National Council for Social Security Fund (NCSSF). As of 2018, the funds in the scheme accounted for 74.7% of the total pension funds in China, according to a report (link in Chinese) in 2020 from state-backed think tank the National Institution for Finance and Development (NIFD).

The second pillar, which comprises enterprise and occupational annuity schemes, is expected to see its total assets increase to more than 4 trillion yuan by 2025, up from 3.6 trillion yuan in 2020, according to the ministry’s plan, as the government encourages companies to supplement the first pillar with their own retirement savings plans. The second pillar accounted for 25.3% of all pension funds in 2018, according to the NIFD study.

The third pillar of the system, personal pensions, is a relatively recent development and is aimed at encouraging individuals to save more for their retirement and offering tax incentives to do so. In 2018, China rolled out a trial program (link in Chinese) for tax-deferred annuities, a type of personal pension, in some regions: the Suzhou Industrial Park, Shanghai and Fujian province. In December, the ministry announced it would allow more of the country’s annuity funds to be invested in the equity market, to boost investment returns for the pension system.

In its work plan, the ministry also said it would further expand the coverage of basic old-age insurance for enterprise employees, and relax household registration restrictions for the growing number of self-employed and gig economy workers to allow them to participate in the basic pension insurance systems in the cities where they work. It will also improve the provision of assistance to people who have difficulty paying their pension insurance contributions and bring farmers whose land has been expropriated into the basic old age insurance system.

The ministry also plans to unify the different policies set by provincial-level governments that cover the basic old age insurance system, including pension income. It will also work to unify the management systems for the income and spending of the insurance funds, improve the risk prevention and control systems for managing the insurance funds, clarify the responsibilities of central and local governments, and establish a mechanism for the central government to evaluate, reward and punish provincial governments for the management of their pension funds.