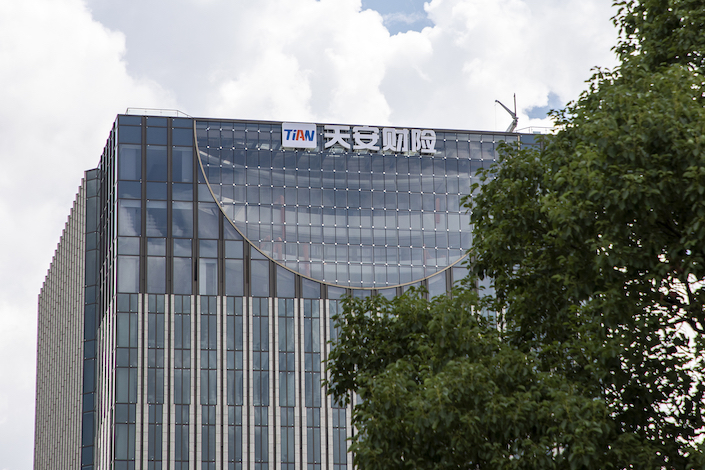 The China Banking and Insurance Regulatory Commission (CBIRC) said its custody of six insurers and trust companies will last until July 16, 2022

Chinese regulatory authorities extended the one-year takeover of nine Tomorrow Holding affiliates for a second year as they continue efforts to defuse financial risks associated with the embattled private conglomerate.

In a separate statement, the China Securities Regulatory Commission said it will similarly extend its takeover of New Times Securities, Guosheng Securities and Guosheng Futures.

Citing lawbreaking, regulators carried out a massive July 2020 seizure of the nine companies, which were formerly controlled by fallen tycoon Xiao Jianhua. The companies had assets amounting to nearly 1 trillion yuan ($142.8 billion), according to Caixin calculations based on financial reports.

The seizure marked a major step in dismantling a sprawling business empire built by Xiao under the umbrella of Tomorrow Holding Co. Ltd., one of the highest-profile targets of China’s crackdown on financial risks.

During the takeover, banking regulators “have actively conducted onsite inspection and pushed forward the asset assessment of those firms, figured out the basic situation of the risk they contained, and maintained normal operation of their daily businesses to protect investors’ interests,” the CBIRC said in a statement.

In 2018, China’s central bank identified Tomorrow Holding as one of several “financial holding companies” that needed to be scrutinized in their ownership structure, connected-party transactions and sources of funding as part of a sweeping clampdown on financial risks.

The nine companies formed a key part of the Tomorrow Holding financial business that backed many of its high-profile acquisitions, which often involved complicated transactions and the use of shell companies.

Many of the financial institutions had funds embezzled by Tomorrow Holding, which ended up failing to repay the money, creating significant risks for the institutions and their clients, sources close to regulators told Caixin.

In 2019, the top banking regulator took over Inner Mongolia-based Baoshang Bank, a debt-ridden lender controlled by Xiao. The bank was later declared bankrupt and part of its assets were taken over by Mengshang Bank.