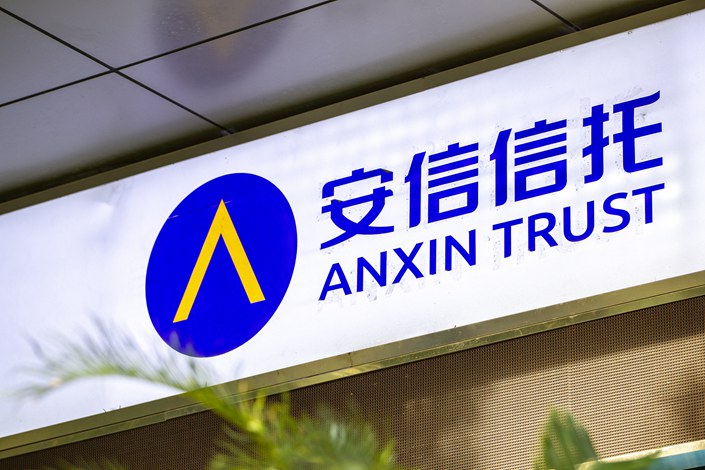 China’s embattled Anxin Trust Co. Ltd. (600816.SH ) will sell ownership to state-backed investors as part of a restructuring plan to solve its two-year-old debt crisis, the company disclosed Tuesday in a filing.

In the filing, Anxin also said it reached an agreement with the Shanghai branch of Bank of China to settle a debt dispute. Under the agreement, Anxin will transfer part of its assets to the bank to repay the debt. Anxin didn’t disclose the amount of the debt.

Speculation on a government-led bailout of Anxin has been around since May 2020, when the trust company reportedly started restructuring discussions with a group of companies including Shanghai Electric. Sources familiar with the matter told Caixin at that time the state-owned companies were hesitant to get involved due to the complicated financial situation of Anxin.

Anxin is one of the highest-flying trust companies caught up in a regulatory crackdown on risks of freewheeling business growth and poor internal controls. The company is majority-owned by Shanghai Gorgeous Investment Development Co. Ltd., a company controlled by businessman Gao Tianguo. Gao was detained in May 2020 in a probe of illegal lending.

The company was found to have illegally misappropriated the proceeds from trust products and created huge payment risks by guaranteeing returns to some investors, Caixin previously reported. Anxin Trust became a platform for Gao to raise funds for his own businesses by misappropriating nearly 100 billion yuan ($15.4 billion) of the proceeds of sales of trust products, several industry insiders told Caixin.

Anxin’s debt woes started in April 2019 when the company failed to repay 2.8 billion yuan to trust plan investors, setting off a cascade of defaults. As of the end of June 2020, Anxin had 200 billion yuan of assets under management. It missed payment for products totaling 80 billion yuan, Caixin learned.

The unraveling of the complex web of loans left Anxin facing about 60 lawsuits involving 25 billion yuan as of March, according to Caixin calculations.

In July 2019, the Shanghai banking regulator sent a team to monitor Anxin’s operations. The company posted 298 million yuan of revenue in 2020 with a net loss of 6.7 billion yuan, mainly reflecting huge impairments. Anxin’s market cap on the Shanghai stock exchange is currently around 13.8 billion yuan.

Gao remained Anxin’s controlling shareholder as of the end of 2020 with a 52.44% stake held through Shanghai Gorgeous.