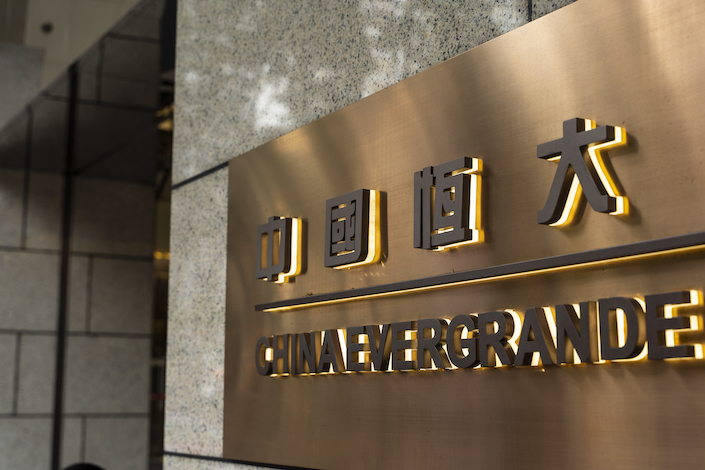 Some of the potential buyers have been in discussions for nearly a month, and details of possible deals are not clear, the people said.

Evergrande disclosed Wednesday in a statement to the Hong Kong exchange that it’s in in talks with “several independent third-party investors” on selling assets including interests in China Evergrande New Energy Vehicle Group Ltd. and Evergrande Property Services Group Ltd. No concrete plan or formal agreement has been determined or entered, it said.

Evergrande, saddled with more than $88 billion of debt, has been offloading assets and listing units as it tries to meet China’s so-called “Three Red Lines” requirements curbing developer debt. Evergrande remained in breach of all the key measure for debt at the end of last year, falling behind the vast majority of its largest competitors, according to data compiled by Bloomberg. Evergrande’s goal of cutting about $100 billion in debt partly hinges on aggressive equity fundraising for its noncore businesses, Bloomberg Intelligence analysts said.

Evergrande’s equity and bond holders have been shaken in recent weeks by a series of reports of wary banks and unpaid suppliers. Last week, Caixin learned that a court was designated to consolidate multiple creditor lawsuits against Evergrande, triggering another slump in the developer’s bonds.

“Evergrande’s property service and car-making assets are publicly listed companies with a clear valuation, so they have stronger liquidity,” a person close to the talks said.

Evergrande established the property services unit in 1997 to manage its own properties. As of the end of June 2020, 98.9% of the total gross floor area managed by Evergrande Property was made up of properties developed by its parent. The unit was spun off and listed on Hong Kong Stock Exchange in December.

After going public, Evergrande Property Services began an aggressive expansion. In January, Xu Jiayin, chairman of Evergrande, announced an ambitious goal for the unit to add 30 million square meters of non-Evergrande properties under management each month.

In addition to its stakes in car making and property services, Evergrande has also been planning to sell property assets since early June. Now it is selling stakes only in certain projects, not stakes in the group, a person close to the deals told Caixin. The State-owned Assets Supervision and Administration Commission (SASAC) of Guangdong and other developers are approaching Evergrande for possible deals, the person said.

Evergrande has more than 20 projects involving old urban community renovation in Shenzhen. Some relatively mature renovation projects, such as those that have entered the construction stage or have met the conditions for construction, are more attractive to potential buyers, and multiple companies have started the due diligence process, Caixin learned from sources.

China Jinmao Holdings Group Ltd., the property subsidiary of state-owned Sinochem Corp., is in talks with Evergrande on several projects. Jinmao completed a round of due diligence but hasn’t made a final decision, Caixin learned from sources.

Potential buyers at this stage haven’t finalized deals mainly because of considerations on how to balance transaction price and risk. In the case of the Shenzhen projects, Evergrande acquired the assets at a relatively high cost, leaving a margin less than 10%, the person close to the talks said. The buyers want to buy at a discount, but Evergrande didn’t want to sell at a loss, the person said.