CX Daily: China Pledges To Rein In Incomes Of The Wealthy And Build Common Prosperity 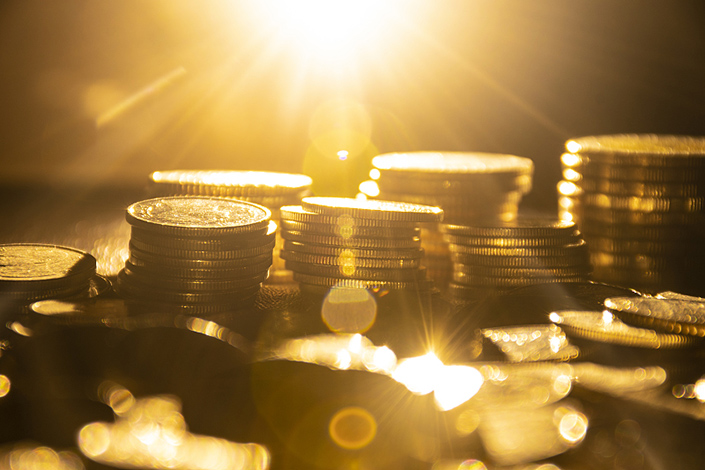 China’s top leaders vowed to strengthen regulation of the country’s wealthy people, including “reasonably adjusting excessive” income and encouraging high-earning groups and enterprises to give back to society, according to state media.

The commitment was made Tuesday during an economic policy meeting chaired by Chinese President Xi Jinping as part of efforts to build a society of “common prosperity” and improve the income distribution structure to address social inequality, according (link in Chinese) to the state-run Xinhua News Agency.

The fund reported earnings of 378.7 billion yuan ($58.4 billion) on its investments, 30% more than in 2019, the National Council for Social Security Fund, which runs the fund, said Wednesday in its annual report (link in Chinese). That represents a return of 15.84%, the highest in 11 years and almost double the annual average of 8.51% earned over the past two decades, according to fund data. China’s benchmark stock gauge, the Shanghai Composite Index, jumped 13.9% last year.

“It feels like homework completed late,” Toshinori Doi, the director of ASEAN+3 Macroeconomic Research Office, told Caixin in an interview.

The homework he referred to was an accord reached during an ASEAN+3 finance ministers’ meeting last year to make changes to the multilateral currency swap agreement known as the Chiang Mai Initiative Multilateralization.

Analysis: Will the Taliban make a clean break with terrorists?

“On Aug. 16, Chinese Foreign Minister Wang Yi held a phone conversation with Russian Foreign Minister Sergey Lavrov in which he presented China’s views on dramatic changes that have taken place in Afghanistan,” writes Xu Heqian, an editor at Caixin Media, in an article.

“Another issue of particular concern is that ‘China hopes that the Afghan Taliban will make a clean break with all terrorist organizations including the East Turkestan Islamic Movement (ETIM),’ writes Xu. “This was repeatedly stressed in Wang Yi’s meeting with Abdul Ghani Baradar, head of the Afghan Taliban Political Commission, in late July this year.”

Fisher: What the West misses about China’s offshore tech tumult

The billionaire founder of troubled property development giant China Evergrande Group stepped down as chairman of its flagship real estate unit in the wake of an aborted backdoor listing.

Zhao Changlong, a former director of Hengda Real Estate Group, took over from Hui Ka Yan as chairman on Tuesday, company information shows. Zhao also took over the general manager and legal representative roles from Ke Peng, who stepped down the same day.

A source close to the matter told Caixin that Hui remains the controlling shareholder of Hengda and “continues to direct the daily management and decision making.”

Tencent Music Entertainment Group (TME), the largest online music platform in China, reported an uptick in revenue but a drop in net profits in the second quarter as executives played down the impact of a recent regulatory decision that forced them to relinquish exclusive music licensing rights.

New York-traded TME, which is a subsidiary of internet behemoth Tencent Holdings Ltd., reported 827 million yuan ($128 million) of net profit attributable to equity holders in the three months through June 30, compared with 939 million yuan in the same period last year, according to its latest earnings report released Monday.

Total revenue rose 15.5% year-on-year in the second quarter to 8.01 billion yuan, about 63% of which came from sales of social entertainment services, including music-focused livestreams and online karaoke.

The Chinese region of Inner Mongolia approved a massive power project that will use solar and wind to produce green hydrogen.

Inner Mongolia’s Energy Administration gave the go-ahead to a cluster of plants in the cities of Ordos and Baotou that will use 1.85 gigawatts of solar and 370 megawatts of wind to produce 66,900 tons of green hydrogen a year, the Hydrogen Energy Industry Promotion Association said in a report. Development will begin in October, and the projects will be operational in mid-2023, the association said, without specifying the cost or the developers.