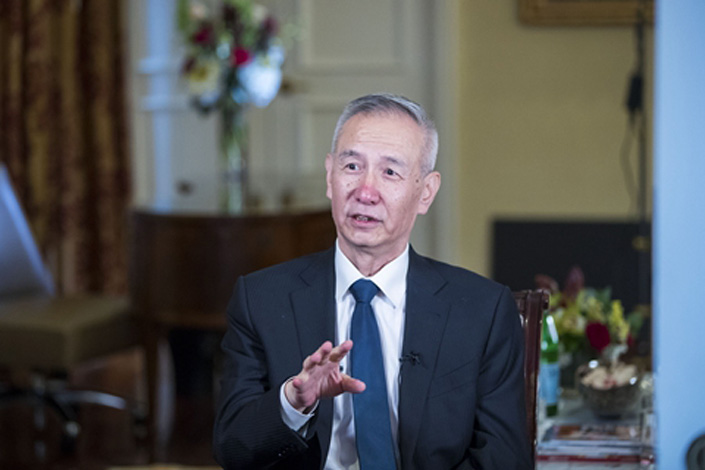 China’s support for the private economy has not changed and will not change in the future, Vice Premier Liu He said in a speech at a digital-economy trade fair he attended via video link on Monday, the official Xinhua News Agency reported.

Liu spelled out the simple but powerful math involved. The private economy contributes more than 50% of China’s tax revenue, over 60% of GDP, at least 70% of technological innovation, and more than 80% of urban employment, and accounts for easily 90% of market entities, he said.

The country will let the private economy play a greater role in stabilizing economic growth and employment while promoting structural reform and innovation, he said.

Liu’s latest remarks are seen as a renewed attempt to reassure beleaguered stock market investors following months of tough regulations, with the government making moves to rein in market monopolies, as well as cybersecurity and business misconduct. The actions taken against tech giants, ride-hailing companies, and the after-school tutoring industry have made many in the markets anxious to see which sectors may come under scrutiny next.

This is not the first time that the vice premier has voiced the government’s support for private businesses. In a July forum about small and midsize enterprises, Liu said China’s direction for development — a socialist market economy — will remain unchanged, and that China will strongly encourage, support and guide the development of the non-public economy.

This year, stocks of Chinese companies listed in Hong Kong and the U.S. have been rocked by regulatory moves, tumbling sharply before staging a modest recovery as investors considered the worst of the crackdown to be over. Nonetheless, new government guidelines issued last week limiting the hours children can play video games sent renewed shivers through the stocks of several Chinese companies listed in the U.S.

In a move to reassure spooked investors, China’s top securities regulator said in an official statement early August that it will make policies more predictable and transparent.

More and more tech companies have paid attention to their social impact. Last month, President Xi Jinping’s call for China to build a society of “common prosperity” which tackles social inequality led tech heavyweights to respond by pouring hundreds of billions of yuan toward this goal.