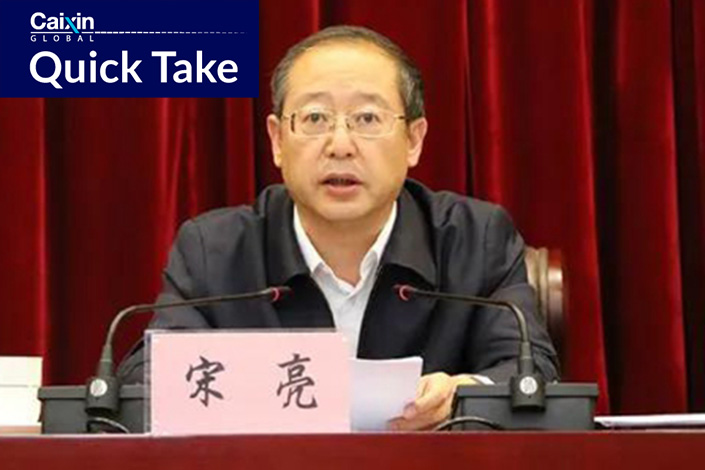 Song has been indicted in the southwestern city of Leshan for taking advantage of his former roles in several positions to seek “improper profits” for others as well as accepting “a huge amount of money and property,” according to a statement issued by the Supreme People’s Procuratorate.

In August, the 57-year-old was expelled from the Communist Party and removed from public office over “serious violations of party discipline and law,” according to the country’s top graft watchdog, which used the standard euphemism for corruption.

The background: Song spent most of his career in the northern region of Inner Mongolia, during which his work had linked him to several officials who were found to have taken bribes from the failed regional lender Baoshang Bank Co. Ltd., including Xue Jining and Liu Jinming.

Song once worked with Xue at the Inner Mongolia branch of the now-defunct China Banking Regulatory Commission for four years. He also worked at the local financial regulatory authority that oversees the central bank’s local branch, where Liu worked during the same period.

In May, the retired banking regulator Xue admitted to taking bribes worth more than $60 million in a corruption case with links to Baoshang Bank, which was taken over by the state in 2019. Liu has been sentenced to 12 years in prison for bribery.