In Depth: One City’s Crack at Education Reform Leaves 15,000 Students Hunting for a School 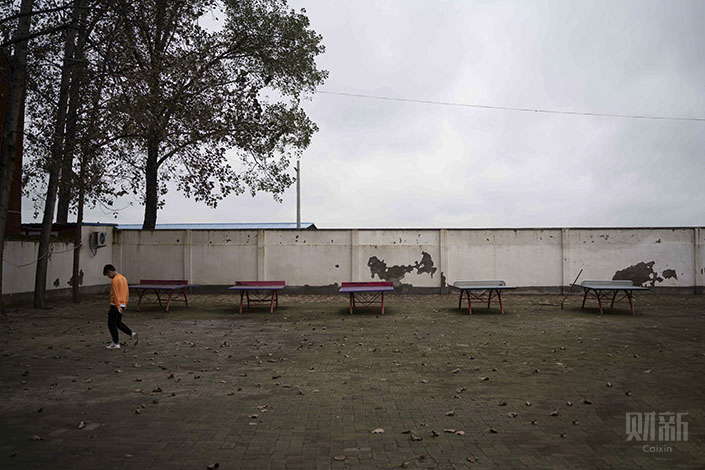 Less than a week before the start of the new academic year, the forecourt of a private middle school in Dancheng county in Henan province was crowded with seventh graders and their parents, lining up to get a refund.

“We have only two days to return the fees of nearly 200 students,” said the school’s principal, whose preparations for the new semester had gone awry.

On Aug. 23, local authorities had told 101 private elementary and middle schools in the county that they could no longer enroll new students. The schools were ordered to refund parents who paid tuition or deposits between Aug. 26 and Aug. 28.

Around 15,000 first and seventh graders in the county have been left struggling to find spots in public schools. More than 500 private school teachers may lose their jobs, Caixin has learned.

The travails of Dancheng’s private schools and students are one consequence of China’s plan to overhaul a compulsory education system. Concerned that private education institutions are competing for resources with public schools and adding to the burdens of students and their families, the central government is trying to curtail the growth of private schools across the country and direct the vast majority of students to public schools.

The situation in Dancheng offers a hint at the approach that local governments are taking in implementing Beijing’s plans, as well as the potential fallout for China’s private education industry.

The recent regulations imposed on private education institutions in Dancheng echo the central government’s “double reduction” policies that have brought sweeping changes to China’s after-school tutoring industry. An overhaul of compulsory education, which consists of six years of elementary school and three years of middle school, began with a focus on curbing ineffective schooling dubbed the “involution of education” and emphasizing education as a “public good.”

Targets set by the authorities in Zhoukou, the city that administers Dancheng, require the number of students attending the city’s private schools to be capped at 5% of the total by the end of next year.

The requirement follows calls from the country’s top leadership. In May, the General Office of the Communist Party’s Central Committee and the General Office of the State Council jointly issued a set of guidelines, including the establishment of a system monitoring the number of students attending private elementary and middle schools, and saying that no new private schools should be given the green light to open. According to a source close to policymakers, provinces have two to three years to make changes that will cut the proportion of students attending privately run schools to below 5%.

In the following months, authorities in Hunan and Jiangsu provinces (link in Chinese) also laid out their plans in response to the cap.

A major challenge that lies ahead is how to guarantee the quality of compulsory education for the more than 180,000 students in the county if there aren’t enough public education resources — especially quality teachers.

Moreover, if private schools are shut down, their operators will fall into significant debt that could run into the millions of yuan.

Although no longer officially poverty-stricken, Dancheng, with a population of 1.37 million, is among those with the weakest level of economic development in the province. Despite this, its education industry has achieved a rare feat: for the past five years, Dancheng No. 1 High School has sent more than 30 students a year to Tsinghua University and Peking University, China’s two most prestigious higher education institutions. In 2016 and 2019, Dancheng High topped the nation for the number of students admitted to the two universities — with 44 and 43 students respectively.

Local private middle schools have sprung up to serve as the high school’s admission pool. Guangming School and Caiyuan School have seen the most students admitted to Dancheng High. For parents, getting their child into a highly rated private schools’ top class could be seen as a “golden ticket.”

The impact of the local education authorities’ cap on the number of students attending private schools is not only being felt by local families. The order for Dancheng’s 101 private schools to stop admitting first year students has also affected 3,000 students from outside the county. As the local education industry has grown, students from nearby counties such as Luyi, Shenqiu and Taikang have flocked in.

Henan is one of the provinces facing the most pressure under the new cap, with Dancheng among those under the most pressure within the province. But its far from the only part of Henan facing challenges. Some districts and counties in the cities of Zhoukou, Luoyang, and Shangqiu have also issued new policies for private elementary and middle schools.

According to official statistics, last year there were 1,894 private elementary schools in Henan with some 1.8 million students enrolled. And there are 941 private middle schools with some 1.01 million students enrolled. Students attending private schools make up 18.8% of the total, higher than the national average of 10.5% and far exceeding the 5% cap.

The city of Zhoukou has the highest ratio of privately run schools offering compulsory education in the province, with 462 private schools in Zhoukou enrolling some 430,000 students, accounting for 34.2% of the total number of students.

However, according to the local Communist Party committee’s plan on regulating private education, the city is expected to retain only around 40 private schools, and keep student numbers below 50,000.

In late May, the country’s top education authorities held a meeting on regulation of privately run compulsory education. Then in mid-June, local education authorities in Henan held a briefing on the May meeting, requiring cities to submit their own plans by July 23. After this meeting, the target of achieving the 5% cap was issued to each city, Caixin has learned.

In a lecture series held in June by the Chinese Association for Non-Government Education, Wang Feng, chief expert at the National Center for Education Development Research, noted that the development of private education has shifted from being a “supplement to the public sector” to “competing with the public sector.”

At the Boao Education Forum held in July, Yang Dongping, president of the 21st Century Education Research Institute and a member of the National Education Advisory Committee, criticized the private education sector for its “excessive size, being profit-oriented and lack of innovation.”

“In European countries, private schools usually account for 3% to 7%, and the proportion in Japan is 2%,” he said. “[Education] is a national responsibility, a government responsibility. The structure of compulsory education should not be dominated by the private education sector, with public schools taking a back seat.”

Experts have also called for the development of private compulsory education to be regulated with careful consideration of local differences.

Ma Xuelei, vice president of the research branch of the China Association for Non-Government Education, noted that education policies should focus more on the needs of parents and students for education resources, rather than a “one-size-fits-all” approach.

“The government’s responsibility to provide basic public services should not be based solely on reducing the size of private school enrollment, but rather on the obligation of public education to provide sufficient, quality resources that meet the needs of the people,” he said.

In order to promote diverse and high-quality education, Yang noted that reforming the public school system is as important, or even more important than the issue of how the private education industry develops.

He said that China needs to move beyond the narrowly defined concept of “private schools” and establish the concept of “big private education,” which means returning power to the people and using all kinds of support from society, including educators, parents and communities, to “make education truly an endeavor of society as a whole.”