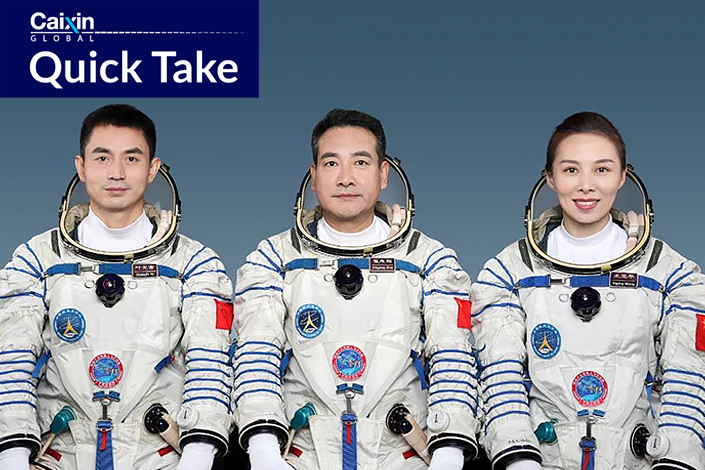 What’s new: China on Thursday unveiled a young crew for its upcoming Shenzhou-13 mission, including Wang Yaping, who will be the first female Chinese astronaut to visit the country’s first space station and carry out extravehicular activities.

Zhai Zhigang, 55, Ye Guangfu, 41, and Wang, 41, have been selected to carry out the mission, with Zhai as commander, the China Manned Space Engineering Office (CMSEO) announced at a press conference. The Shenzhou-13 spacecraft is scheduled to blast off at 00:23 a.m. Saturday from the Jiuquan Satellite Launch Center in northern China.

The mission, part of China’s efforts to finish the construction of its Tiangong Space Station within two years, will send the astronauts into orbit to work in the Tianhe core module of the space station for six months, marking the longest stay in space of any Chinese astronauts to date, said Lin Xiqiang, the CMSEO’s deputy director.

The background: The Shenzhou-13 crew members are on average younger than their colleagues — Nie Haisheng, Liu Boming and Tang Hongbo — who in September completed China’s Shenzhou-12 space mission, returning to Earth after a 90-day stretch helping to build the Tiangong Space Station.