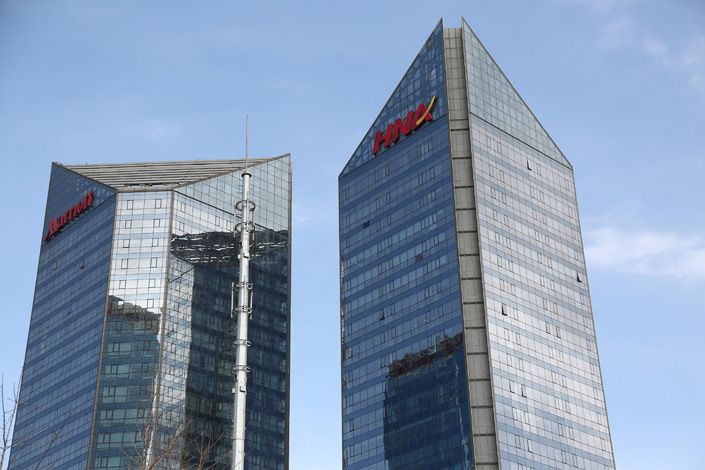 Embattled HNA Group Co. Ltd. has received court approval for its restructuring plan just days after its creditors gave their OK, clearing two major hurdles for the debt-ridden conglomerate to move forward with the bankruptcy reorganization that began earlier this year.

In its ruling Sunday, the Hainan High People’s Court approved four separate restructuring plans, one each for its airline, airport, and retail businesses, as well as one for the conglomerate itself, according to a company WeChat post (link in Chinese).

Creditors will be paid off within 10 years, starting from 2022, with interest paid annually on one or two days. From the second or the fourth year on, the principal will also be repaid in rising increments, starting at as low as 2% and going to 20%.

Read more
In Depth: Who Gets What in HNA’s Complex Bankruptcy Restructuring

HNA’s restructuring is one of China’s largest bankruptcy cases. The company’s financial problems are the result of a freewheeling era in which Chinese conglomerates went on a global spending spree for trophy assets that they financed by taking on enormous debt. It was during this time that HNA attracted global attention by investing in big international names like Hilton Worldwide Holdings Inc. and Deutsche Bank AG.

However, this debt-fueled acquisition strategy eventually forced HNA into a hard landing after the government tightened financing rules and oversight on overseas asset purchases in 2017. By the end of that year, HNA’s assets had ballooned to 1.23 trillion yuan and it had 740 million yuan in total debt.

In January, HNA’s creditors petitioned a court to force the company into bankruptcy restructuring.

According to a plan worked out by a government-appointed task force, HNA will become a holding company with no specific operations, but it will be responsible for repaying all of its own debts and those of its subsidiaries after the restructuring. The company will be managed by a creditor committee or asset management company, while its units are supposed to bring on strategic investors to improve their financial positions.