By Zhang Yukun and Jiang Fei 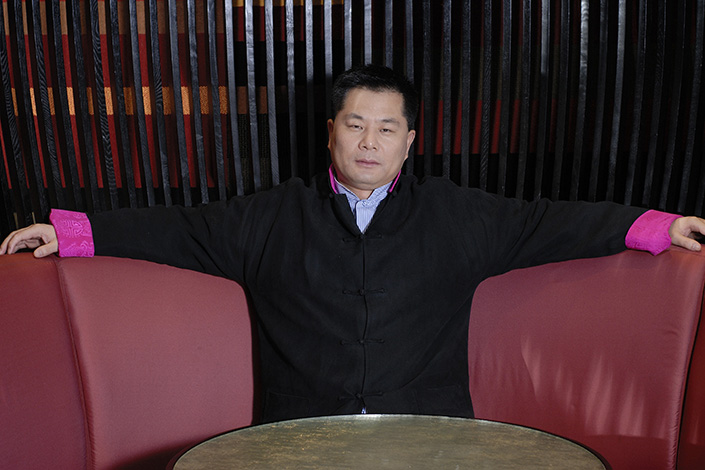 Shi Jianxiang, a high-profile fugitive wanted in China over a 43.4 billion yuan ($6.3 billion) illegal fundraising scheme, was charged with visa fraud in a court in Florida after being arrested in Las Vegas where he was promoting cryptocurrency.

A federal grand jury in South Florida indicted Shi on Thursday on two counts of fraud and misuse of U.S. non-immigrant visas, according to a U.S. Department of Justice statement. He was denied bail as he was considered a flight risk, and he will remain in detention before his trial in Miami. He could face up to 10 years in prison and a fine of as much as $250,000 if convicted, the statement said.

Shi, 57, allegedly lied on two visa applications, saying he had never used another name when he also had travel documents under the alias “Long Niu.” He entered the U.S. as Long Niu in 2017 and had been living in California and Nevada as “Morgan Shi” before his arrest in Las Vegas where he was promoting a cryptocurrency venture, the statement said.

The U.S. Department of State’s Diplomatic Security Service is leading the criminal investigation into Shi with assistance from the Drug Enforcement Administration, and a prosecutor is handling asset forfeiture, the statement said.

Before fleeing the Chinese mainland in 2016, Shi was the actual controller of Shanghai Kuailu Investment Group Co. Ltd., a peer-to-peer (P2P) lending company that, along with two partner companies, raised 43.4 billion yuan illegally and swindled almost 40,000 people out of their money. As with many other platforms in China’s once booming P2P lending business, Kuailu promised investors returns that were far higher than those offered by traditional banking products. But it failed to repay the funds after running into financial trouble. The money Kuailu collected was used to repay earlier investors and to invest in making films, including the Chinese action war-drama The Bombing, also known as Air Strike, starring Bruce Willis and Fan Bingbing.

In 2016, Shi was also found to have inflated the mainland box office takings of Ip Man 3, a Hong Kong martial arts film partly funded by wealth management products sold through Kuailu’s network. Max Screen (Beijing) Film Distribution Holdings Ltd., a movie distributor headed by Shi, bought 56 million yuan worth of tickets and scheduled “ghost screenings” after midnight for the movie, a government investigation found. Also that year, Hong Kong-listed Shifang Holding Ltd., a publishing and advertising company, bought the rights to 55% of Ip Man 3’s earnings on the mainland, and Shi was appointed chairman of Shifang soon after the deal.

More than a dozen executives involved in the Kuailu Ponzi scheme were prosecuted between 2018 and 2019, but Shi remained at large and was believed to have fled to the U.S. At China’s request, the International Criminal Police Organization, or Interpol, issued a Red Notice to alert police forces worldwide that he was wanted on the mainland for “illegal fundraising by fraudulent means.”

Although a fugitive, Shi lived openly as a wealthy businessman in the U.S., operating a Hollywood movie company through an investment vehicle, and promoting a cryptocurrency business with boxer Mike Tyson, who had starred in Ip Man 3. He also mixed with politicians and once posed for a photograph with then U.S. President Donald Trump at a New York City fundraising event, The Wall Street Journal reported in 2019. He lived in a $3 million mansion in Los Angeles, drove a luxury trailer, and flew around the U.S. in private jets, according to the newspaper.

“He led a high-profile life in the U.S., socializing everywhere in the upper echelons of society, told people that he was set up in China, and created this facade that his investments in the U.S. were successful. He kept brainwashing some investors in China, and some truly believed him,” a victim of the Kuailu network’s illegal fundraising told Caixin.

U.S. Securities and Exchange Commission filings show that Shi is connected to Moregain Capital Group, which describes itself as a private equity firm that holds “to a ‘no black box’ policy,” and that its focus is “taking our invested enterprises to public listings in the stock market.” It plans to raise $10 billion to invest in various areas including life sciences, films, and hotels and casinos, the company’s website shows.

A Facebook page for one of Shi’s latest ventures, Fight to Fame, describes him as Morgan Shi, “the famous Chinese film investor and Chairman of Fight to Fame BMS.” It has videos that show him interacting with celebrities including Sylvester Stallone, Mel Gibson and Arnold Schwarzenegger.

Fight to Fame’s website describes it as a platform that allows aspiring boxers and athletes from all over the world to show off their skills and become boxing champions or Hollywood action stars. Fight to Fame BMS (blockchain, movies, sports) claims to use blockchain technology to create movies, sports events, action reality shows and online gambling.

The business claims to have over a million investors, users, and fans, and has a contract with “a famous Hollywood film company” to create a film starring boxers. It also claims to have created a cryptocurrency called FF Token and says its price has increased “by 3233%” even though it is not listed for public trading.