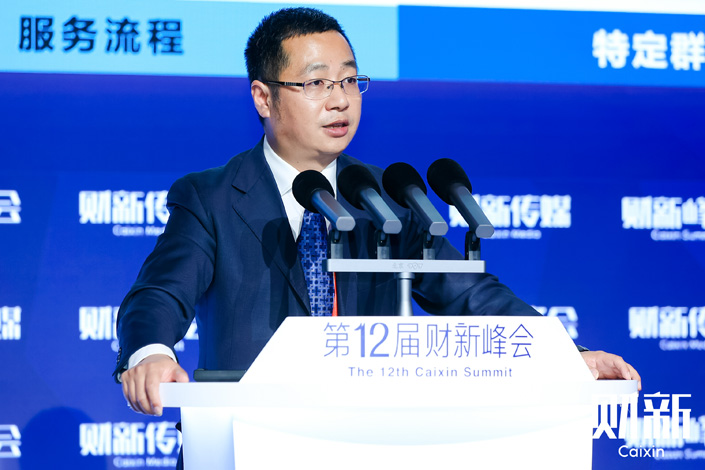 Nine out of 10 traffic accidents could be avoided if half of China’s cars were self-driving, a Baidu executive has claimed, in an apparent defense of the safety of such technology, which has come under sustained scrutiny after a string of deadly incidents.

Wei Dong, vice president and chief operations officer of Baidu’s intelligent driving business unit, made the remarks on Friday in a panel discussion during the 12th Caixin Summit where economists, business leaders and government officials gathered to share their insights on closely watched issues such as how to revitalize the world economy under the shadow of the Covid-19 pandemic and what benefits digital transformation will bring to society.

The Baidu executive said that the use of driverless vehicles will be good for the entire industry chain, helping to reduce traffic accidents and improve intersection crossing efficiency, in a fresh defense of a technology that the company believes will create a multibillion-dollar market despite public concerns about the safety of such cars, triggered by fatal crashes linked to automated driving software.

Wei cited World Health Organization data showing that some 1.3 million people die worldwide every year as a result of road crashes, and that nearly 94% of such deaths are attributable to human error such as drunk and drowsy driving. “More than 90% of road traffic accidents are likely to be avoided if the penetration rate of self-driving cars reaches 50% to 60%,” Wei claimed.

The remarks Wei made at the Caixin Summit marks the second time the executive has publicly expressed confidence in autonomous driving in a month. During an industry forum held earlier this month, Wei spoke highly of the technology which he said “will offer a safer and more reliable driving experience than human drivers,” according to South China Morning Post.

While self-driving car services are far from being fully commercialized due to technical and regulatory hurdles, many people still question the safety of such vehicles.

“Laser radars and assistive vision technology enable driverless cars to see farther and react faster to obstacles (than cars driven by human drivers),” Wei said, adding that the capability has been proved in Baidu’s road tests in which its autonomous vehicles have so far traveled more than 18 million kilometers.

The image sensor is considered one of the most important components of a self-driving car’s vision system as it determines how quickly and accurately the car can respond to moving objects or pedestrian on roads.

Baidu has poured massive resources into this area. In July, the Beijing-based giant expanded its partnership with U.S. semiconductor supplier ON Semiconductor to establish a joint studio to develop image sensors for autonomous vehicles in a deal Baidu said could help it provide better services to the partners of its Apollo platform. Baidu also has a lidar supply agreement with Shanghai-based startup Hesai Technology. Established in 2017, the Apollo platform aims to provide third-party members access to technologies needed for the development of driverless cars including obstacle perception, cloud simulation and high-definition mapping.

During the panel discussion, Wei said he placed importance on “vehicle-road coordination technology” that is used to increase the interaction between autonomous vehicles and smart road infrastructure, saying that the technology could guide smart cars to run at optimal speeds and on safe routes, particularly at intersections, to avoid collisions.

In May, Baidu, in partnership with the Institute for AI Industry Research at Tsinghua University, introduced Apollo Air, a 5G-based “vehicle-to-everything” (V2X) communication technology that the two sides said would enable a high degree of coordination between vehicles characterized by Level 4 self-driving capabilities and roads where image sensors are installed. The V2X technology has been tested at several intersections in the cities of Beijing, Guangzhou and Cangzhou, with data gathered from the tests to be used to improve Baidu’s robotaxi operations.

Last but not least, Wei said that the estimated popularity of self-driving cars would lead to a boom in many other related industries ranging from chips to mapping and algorithms as such vehicles are expected to be adopted in more application scenarios including logistics and mining.

Concerns about self-driving cars reemerged in August when a young entrepreneur died in a crash on a Chinese highway while driving his Nio-branded electric SUV with its advanced driver assistance system Navigate on Pilot (NOP) activated. After the tragedy, Nio explained that the NOP is not a true self-driving system and requires human interventions under certain circumstances such as bad weather and complex road conditions.