CX Daily: How One Chinese Province Is Struggling to Deal With Its Debt Mountain 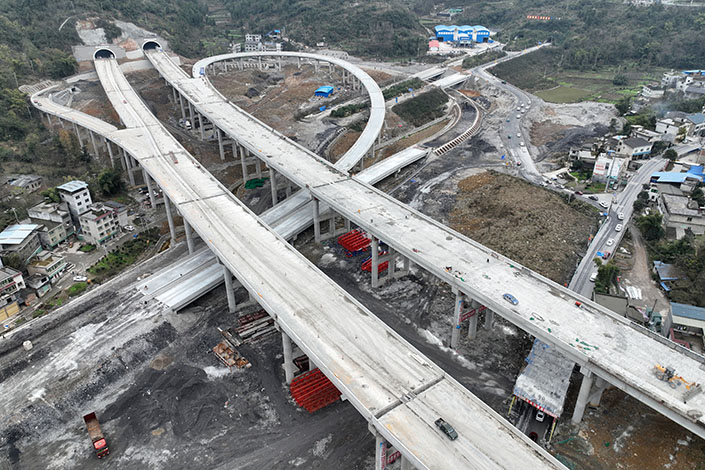 In Depth: How one Chinese province is struggling to deal with its debt mountain

Southwest China’s Guizhou province is renowned as the home of iconic liquor maker Kweichow Moutai Co. Ltd., the most valuable company on the Shanghai stock exchange. But it’s also renowned for being one of the poorest provinces in the country and one of the most heavily indebted.

In December 2019, the cash-strapped government received a generous and controversial present from Kweichow Moutai, which is controlled by the province’s state-owned assets watchdog. The company handed over 50.2 million shares, worth 57 billion yuan ($8.9 billion) at the time, which market participants said aimed to help the authority repay its borrowings and demonstrated how local governments could leverage their assets to clean up their debts.

But the gift has had little impact on improving Guizhou’s finances and the province is still struggling to cope. And not only with financing its official spending obligations, but also with controlling the debts of dozens of local government financing vehicles (LGFVs).

China’s real estate market is still cooling, although several policy curbs have been eased and the financing environment is looking brighter.

Although sales and investment shrank and inventory rose during the week of Dec. 10-16, new housing sales by floor space in 58 surveyed cities dropped 0.1% compared with the same period last year, which is a slower contraction rate than the 25.7% and 25.2% declines in the previous two weeks, analysts with brokerage Huaxi Securities Co. Ltd. wrote in a Sunday note.

The World Economic Forum postponed its annual gathering of world leaders and business executives to early summer in light of continued uncertainty over the omicron outbreak of the Covid-19 pandemic.

An online series of “State of the World” sessions will be held instead, “to focus on shaping solutions to the world’s most pressing challenges,” the organizers said.

Prices of carbon dioxide equivalents in China reached a four-month high Monday as companies rushed to buy carbon credits before the first compliance period comes to an end.

Trading volume on the national emissions trading system (ETS) has also surged. During the week through Dec. 17, volume totaled 53.67 million tons and accounted for 41% of the cumulative trading amount this year. On Thursday, volume hit a new high of 20.48 million tons, with a total value of 817 million yuan.

China’s top lawmakers are deliberating draft revisions to a law that would provide greater protection for women against workplace discrimination and sexual harassment as well as better protecting their personality rights and helping guard against psychological manipulation.

The amendments to the Law on the Protection of the Rights and Interests of Women were submitted Monday to the ongoing session of the Standing Committee of the National People’s Congress (NPC) for a first reading. Drafts usually go through three readings before being passed by the legislature.

Cyberspace regulators in Beijing summoned Quora-like question-and-answer site Zhihu Inc. for repeatedly allowing the publication and spread of what it described as “illegal information” on its site.

At the meeting, which was held at the direction of the Cyberspace Administration of China (CAC), Zhihu was ordered to immediately rectify the issue, according to a statement (link in Chinese) Monday by the Beijing municipal cyberspace information office.

China’s top anti-graft authorities warned government officials against using the “revolving door” between politics and business to seek illegal profits, highlighting the case of a senior disciplinary inspector in the State Tobacco Monopoly Administration who was punished for such acts.

Stressing the importance of self-discipline in preventing corruption, the Central Commission for Discipline Inspection (CCDI) and National Supervisory Commission noted in an article (link in Chinese) published in their affiliated magazine that “the chain of interests surrounding the officials should be resolutely cut off.”