CX Daily: The Disrupted Lifelines of the Shanghai Outbreak 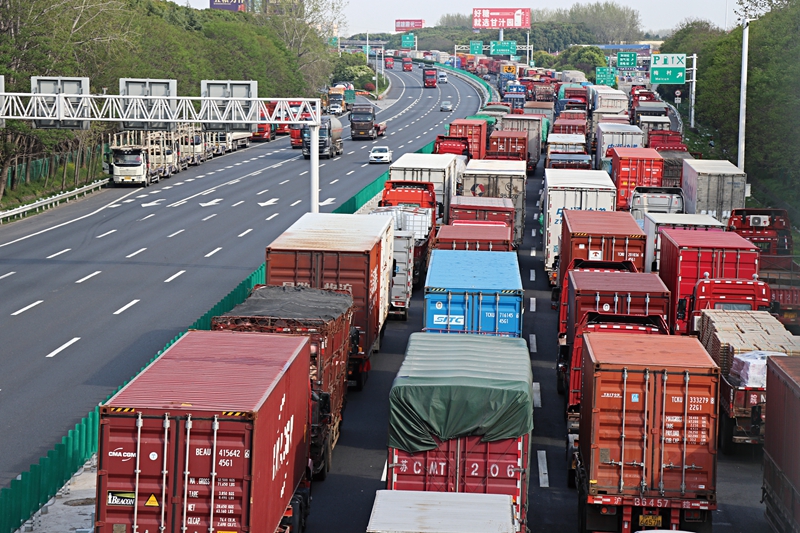 Cover Story: The disrupted lifelines of the Shanghai outbreak

Businesses are paying a heavy toll. Shanghai, with annual gross domestic product exceeding 4 trillion yuan ($627 billion), is a financial and commercial center that’s crucial for industries including automobiles, semiconductors and other electronics. Shanghai has the world’s largest container port and serves as a hub for China’s vast global trade network. Disruptions are rippling through international supply chains for goods from electric vehicles to iPhones.

Many semiconductor and auto manufacturing lines have been forced to suspend or reduce production in Shanghai and neighboring regions because of virus controls and supply shortages.

China’s economy expanded 4.8% year-on-year in the first quarter, official data showed Monday, although a notable slump in consumption eclipsed the better-than-expected growth, as the country continues to battle its worst ever outbreak of Covid-19.

The January-to-March figure was higher than the 4% year-on-year growth rate for the fourth quarter of 2021, and also beat the median estimate of 4.4% growth in a recent Caixin survey of economists.

The president of China Merchants Bank Co. Ltd. (CMB), Tian Huiyu, was removed from his position, and an executive vice president will “be in charge of” its business, the bank said Monday.

Industrial & Commercial Bank of China Ltd. (ICBC) put a new executive in charge of rolling out its long-delayed Goldman Sachs wealth management joint venture, replacing an official whose former subordinates were caught up in a police probe.

Gu Jiangang, the would-be head of the Goldman Sachs-ICBC venture, stepped aside, Caixin learned from people familiar with the matter. The reason isn’t clear, but some people suggested it may be linked to the investigation on violations of two former ICBC wealth managers, Li Chao and Yi Chongbin, who reported to Gu.

China is locking down at least 20 places, including cities and regions, affecting nearly 30 million residents as authorities race to escalate measures to control the stealthy omicron variant that has fueled the country’s worst Covid-19 outbreak in two years.

On Sunday, the city of Wuhu in Anhui province announced that it would lock down its central districts to carry out mass testing after it detected a single positive Covid-19 case. The lockdown targeting more than 2 million residents aims to stop the virus in its tracks and minimize its overall impact, local authorities said.

“If Shanghai cannot resume production by May, all of the tech and industrial players that have supply chains in the area will come to a complete halt, especially the automotive industry,” Richard Yu Chengdong, consumer and auto division head of Huawei Technologies, said in a WeChat post. “That will pose severe consequences and massive losses for the whole industry.”

Ride-hailing giant Didi Global Inc. said it will wait until it delists from the U.S. before filing elsewhere in light of an ongoing cybersecurity review by Chinese authorities.

The news, which came in a statement Saturday, throws cold water on the theory that the troubled Chinese tech company might soon transfer its listing to Hong Kong in the wake of a regulatory crackdown last year that prompted it to announce it will leave the New York Stock Exchange.

China Eastern Airlines Corp. Ltd. is putting its fleet of nearly 90 Boeing 737-800 jetliners back in the air less than a month after one of its planes of that model crashed in southern China, killing all 132 people on board.

Since Sunday, a China Eastern-operated Boeing 737-800 has flown between Kunming in Southwest China’s Yunnan province and Chengdu in the southwestern province of Sichuan, according to data from online aviation information platform VariFlight. The airline had been flying the route with a Boeing 737-700 in the immediate aftermath of the March 21 crash.