CX Daily: How the War in Ukraine Is Rattling China’s Energy Transition 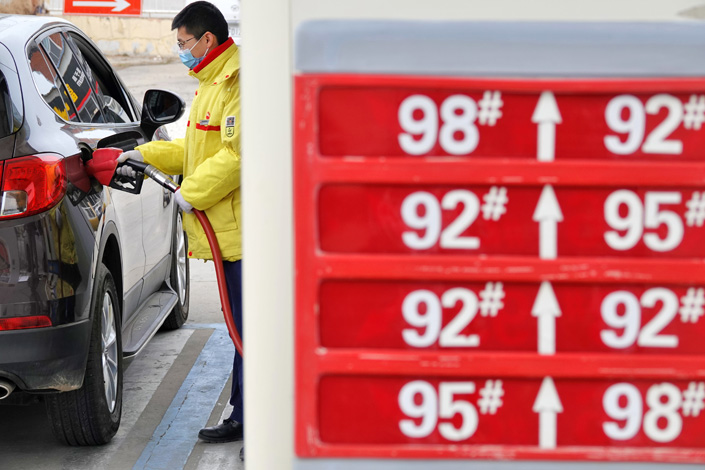 In Depth: How the war in Ukraine is rattling China’s energy transition

Since Russia attacked Ukraine in late February, prices of crude oil and natural gas have jumped as sanctions on the major energy exporter have left many countries scrambling for alternative sources of fossil fuel.

If the war lasts more than six months, crude prices may top the record high seen during the global financial crisis in 2008, Sun Renjin, secretary-general of the expert committee at the China Petroleum Circulation Association, predicted at a mid-April conference.

Experts at the April conference estimated that China — the world’s largest importer of oil — may pay nearly $100 billion more for the crude oil imports this year. Those costs would ripple through its economy.

A rural commercial bank in the central province of Henan that’s been in regulators’ crosshairs for several years is at the center of a new investigation after customers of several small banks under its control complained their online accounts with billions of yuan of savings were frozen.

The People’s Bank of China (PBOC) and China’s top banking regulator are probing why several lenders stopped offering online services in April, leaving customers across the country unable to transfer funds out of their accounts, according to a statement from the central bank and a report by state-owned broadcaster CCTV.

As multiple cities across China rolled out strict measures to stamp out Covid outbreaks, business activity in China’s service sector in April contracted at the steepest pace since February 2020, when the pandemic started to take hold.

The Caixin China General Services Business Activity Index, which gives an independent snapshot of operating conditions in the sector, fell for the fourth consecutive month to 36.2 in April from 42 the previous month, a Caixin-sponsored survey report showed Thursday.

China’s central bank will provide 100 billion yuan ($15 billion) of credit lines to support coal development and storage as the country seeks to secure its energy supply, the People’s Bank of China said Wednesday.

The credit lines will be issued through relending facilities to enhance safe coal production and reserves, including modern coal mine construction, green and efficient technology application, intelligent mine construction and secured supply to coal-fired power plants, the People’s Bank of China (PBOC) said.

The PBOC will promote completion of a special rectification of platform companies’ financial businesses, introduce normalized supervision and bolster the sector’s healthy development, the central bank said in a statement published Wednesday on its official website.

JD Health International Inc., an online health-care services provider, bought back 1.98 million shares Wednesday, according to a company filing. The price of the company closed up 0.69% to HK$43.9 per share Thursday.

Investors sold off the stock Wednesday after JD.com founder Richard Liu disclosed that he further trimmed his own holdings.

Chinese smartphone makers will be able to challenge Apple Inc.’s dominance in the country’s high-end handset market only if they continue to plow cash into technology, including foldable phones, a top executive at one of the country’s aspiring iPhone challengers says.

The U.S. giant’s phones made up an increasing share of the over-$600 segment in China last year, according to a report (link in Chinese) from Counterpoint Research. IPhones accounted for 63.5% of the market, compared with just over 55% in 2020.

China’s residents did a lot less of the things they usually do over five-day May Day holiday this year as Covid lockdowns around the country kept people in their homes and money in their wallets.