CX Daily: Behind the Yuan’s Tumble Against the Dollar 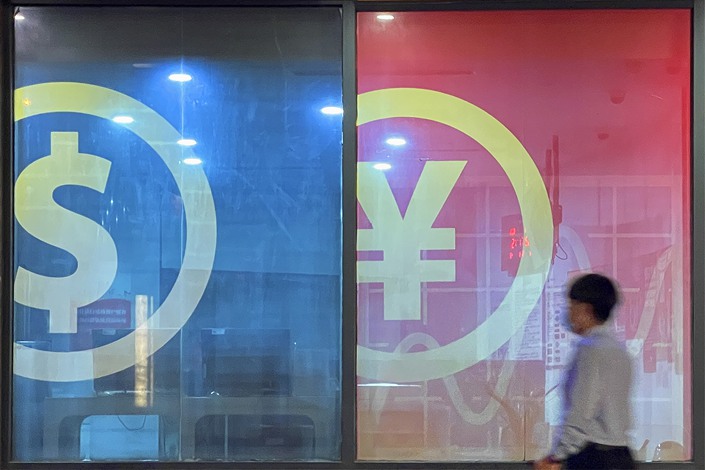 In Depth: Behind the yuan’s tumble against the dollar

The yuan’s recent weakening has been dramatic, but to many, it wasn’t a surprise.

Analysts were already predicting late last year that the yuan’s appreciation since June 2020 — due to a combination of surging exports and capital inflows — could lose steam, especially once the U.S. Federal Reserve started raising interest rates to tame inflation.

However, they did not anticipate that China would soon be battling its worst outbreak of Covid-19 going back to early 2020.

China’s top authorities issued guidelines to unify the country’s decade-old, scattered, vague rules on sealing juvenile criminal records to solve the recurrent problem of the leaking of such records, which can hinder offenders’ rehabilitation.

All documents on juvenile criminal cases should be sealed before the end of proceedings, as should those involving minors who are sentenced to less than five years in prison or exempt from criminal punishment, according to the guidelines (link in Chinese), which went into effect Monday when they were made public.

China lays out fiscal tools to reach carbon neutrality by 2060

The Ministry of Finance said it wants to improve market participation and use tax tools to help steer the country toward being carbon neutral by 2060.

The plans were announced Monday as part of a policy document flagging fiscal measures to support carbon emission peaking and carbon neutrality. Among other measures, the ministry said it hopes to strengthen the guiding role of fiscal funds, improve green government procurement policies, and promote international collaboration to deal with climate change.

The Ministry of Finance urged local governments to set aside enough money for Covid-related expenses in the wake of a national ruling that requires localities to pay for mass testing out of their own pockets.

The ministry instructed local governments to ensure they can pay for necessary Covid control expenses such as vaccinations and nucleic acid tests, also known as PCR tests, according to a readout of a meeting that the ministry held with local finance department officials.

As Beijing loosens Covid curbs, one district locks down

Exclusive: Qualcomm plans to be in China for the long haul

Qualcomm is committed to the China market for the long haul, despite growing competition and bilateral tensions, said Cristiano Amon, president and CEO of the American semiconductor giant, in an exclusive interview with Caixin.

“Strong and long-term partnerships between American and Chinese enterprises will always be a stabilizing force in the relationship between the two countries,” the Qualcomm chief told Caixin during the World Economic Forum in Davos, Switzerland.

A majority of British companies in China have forecast falling revenues for 2022 as they expect the country’s current wave of Covid-19 outbreaks and the resulting government response to take a serious toll on business this year.

That’s according to an annual business sentiment survey conducted by the British Chamber of Commerce in China, which says “increasing uncertainty” threatens to undermine what many foreign companies see as a major strength of doing business in the country.

China’s civil aviation regulator halted a newly launched plan to subsidize airlines amid concerns that the policy might discourage carriers from resuming operations.

Several airline sources confirmed with Caixin that the Civil Aviation Administration of China (CAAC) notified carriers that the implementation of a subsidy policy announced two weeks ago would be suspended between June 4 and 10. “It is unclear whether the suspension is temporary or not,” one person said.