CX Daily: Will a Barrier to the Yangtze River Save Poyang Lake? 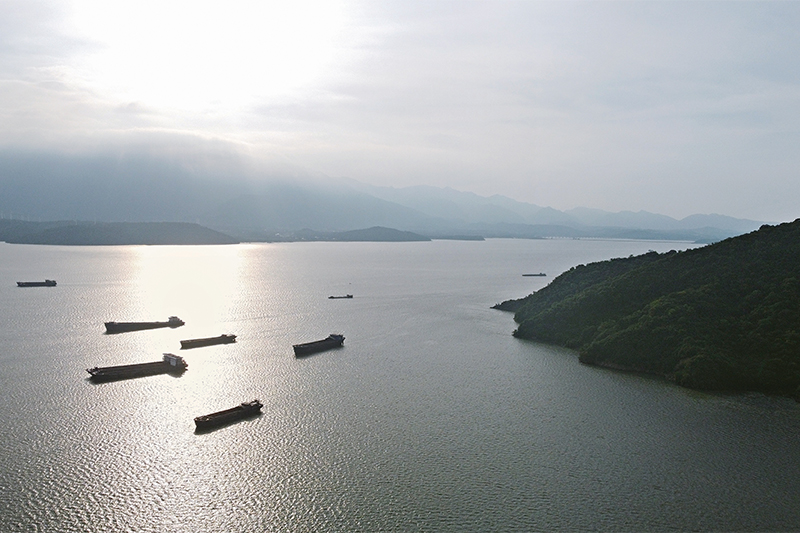 The site of planned sluice gates between Mount Pingfeng and Changling, Jiangxi province, on June 16, 2022.

Cover Story: Will a barrier to the Yangtze River save Poyang Lake?

Wu Hedao, a dark-skinned, 53-year-old fisherman, grew up on a small island in Poyang Lake, China’s largest freshwater lake located in the southeastern part of the country. For the past two decades, he has heard talk about the government’s plan to build an 18-meter (59-foot) dam to maintain the lake’s water level during the dry season.

What Wu doesn’t know is that the plan has been shelved for six years because of opposition from environmentalists. Now a revised project to build a sluice gate system is under discussion and open for public comments. It has renewed the debate over the impact on biodiversity.

The regulations are expected to effectively address issues in the sector and set up a regulatory framework at the level of the State Council, the country’s cabinet. But they didn’t appear on the legislative work plan issued Thursday.

A long-term investor in China assets, Temasek International Pte. Ltd. tends to look beyond GDP figures and find opportunities on the micro-level, Wu Yibing, the company’s president of China, said in an interview with Caixin last week.

The Singaporean state-owned company mainly invests in four areas in China — digitalization, sustainability, life sciences and new consumption — representing at least half of China’s GDP, according to Wu. Because Temasek’s investments tend to be from the bottom up, macroeconomic trends aren’t necessarily the most important factor to watch out for when seeking opportunities on a granular level.

The move is part of regulators’ years-long efforts to dismantle the troubled business empire of fallen tycoon Xiao Jianhua. The Chinese-Canadian billionaire Xiao was placed under Chinese graft investigation in January 2017. His Tomorrow Holding is one of the highest-profile targets swept up in China’s crackdown on financial risks.

The additional rules further clarify the requirements for loan management and independent risk control expected of lenders, according to a Q&A published by the China Banking and Insurance Regulatory Commission (CBIRC) Friday.

Editorial: Promoting the integration of migrant workers into cities

The Beijing-based strategic investor Liaoning Fangda, which only assumed management of HNA’s flagship carrier Hainan Airlines Holding Co. Ltd. in December as part of the conglomerate’s restructuring, has repeatedly asked for financial aid from the Hainan provincial government, the sources said.

The Shanghai-listed company raised 7.13 billion yuan ($1.05 billion) via a private placement involving 17 investors, it said in a Saturday exchange filing (link in Chinese). The 137 million shares on offer— equivalent to a 10% stake — were priced at 51.98 yuan each, representing a nearly 30% discount to the closing price on July 15.