CX Daily: China Doubles Down on Infrastructure to Spur Growth 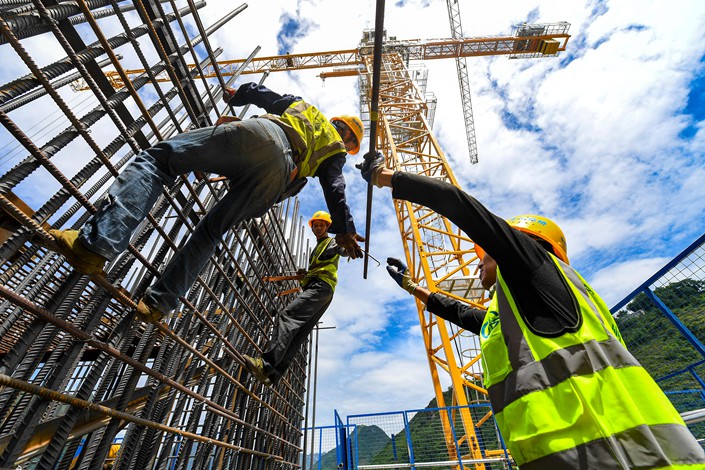 In Depth: China doubles down on infrastructure to spur growth

Renewable energy, technology and water management projects are set to be among the largest beneficiaries of China’s latest infrastructure investment boom, the likes of which has not been seen since the global financial crisis.

Policymakers are doubling down on infrastructure in the second half of the year, putting more than 1 trillion yuan ($149 billion) in additional funding to work as they try to revive the economy, which recorded the weakest quarterly growth since early 2020 in the second quarter.

Beijing’s top health official Yu Luming was expelled from the Communist Party and dismissed from public office for obtaining large returns from private lending and other corrupt practices, according to a statement by the country’s main graft watchdog posted Monday.

Yu, 60, who was head of Beijing’s Municipal Health Commission until his removal from the post in May, was accused by the Central Commission for Discipline Inspection and the State Supervision Commission of “serious violations of party discipline.”

China’s top court issued a new legal interpretation that should make it easier for domestic abuse victims to prevent abusers from contacting them.The court expanded the definition of domestic violence and clarified the kinds of evidence that can be accepted.

The Supreme People’s Court said (link in Chinese) people whose family members have subjected them to physical or mental abuse through freezing, starvation, stalking or harassment can apply for personal safety protection orders.

Trading in futures and options based on the CSI 1000 Index was cleared to start Friday on the China Financial Futures Exchange, the China Securities Regulatory Commission said Monday. The two derivatives are conducive to further meeting investors’ demand for hedging, enhancing the stabilizing mechanism for the stock market, and improving the stable and healthy development of the capital market, the regulator said.

Swindled depositors in Henan start getting their money back

Depositors caught up in a massive rural bank scandal started receiving compensation as regulators called for patience to ease public outrage and concerns over systemic risks.

Some savers with deposits of less than 50,000 yuan ($7,400) received compensation starting Friday, Caixin learned. The depositors’ savings at four banks in Henan province and one in neighboring Anhui province were frozen since mid-April, sparking protests and rattling the banking sector.

China’s U.S. Treasury holdings dip below $1 trillion for first time in more than a decade

China’s holdings of U.S. Treasurys fell to their lowest in 12 years in May following the Federal Reserve’s interest rate hikes, data from the U.S. Department of the Treasury showed Monday.

China held $980.8 billion of U.S. government debt at the end of May, down from $1.003 trillion a month earlier, marking the lowest and dipping below $1 trillion for the first time since May 2010, the data showed. It was also the sixth consecutive month of decline.

Creation of the enterprise is part of China’s long-pursued goal of enhancing its position in the global iron ore trade. China produces more than half of world’s crude steel and consumes the lion’s share of global iron ore. In 2021, China purchased nearly 70% of the world’s iron ore exports, spending about $180 billion.

Suppliers of delinquent developers complain they can’t pay their bills

Hundreds of landscapers, construction companies, sculpture-makers and other suppliers to China’s real estate industry have complained that they can no longer afford to pay their bills because some developers, including the deeply indebted China Evergrande Group, still owe them money.

The complaints, one of which was sent to authorities in the form of a joint statement signed by hundreds of Evergrande suppliers, offer a clear example of how the financial problems of China’s developers are bleeding into the real economy, just as homebuyers in dozens of cities are threatening to stop paying their mortgages because their homes remain unfinished.

The man who helmed China’s biggest semiconductor investment fund for six years is being investigated for corruption, the nation’s top anti-graft watchdog said.

Lu Jun, 54, originally of Yancheng, Jiangsu, is being probed for “suspected severe violations of discipline and law,” the Central Commission for Discipline Inspection said in a statement Friday, without elaborating on his alleged transgressions. That stock phase is used to refer to a corruption probe.

The Asian financial crisis 25 years on

Retail gets a summer spin